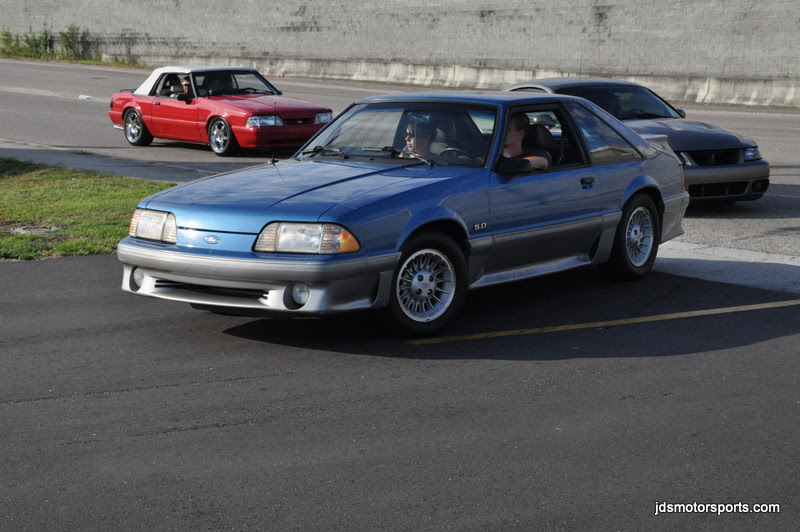 I was late to the party but made one hell of an entrance when I brought home the last of the Langdon family Fox Bodies!  I had sold a 1995 Nissan 240SX in order to be able to purchase a Mustang.  While I wanted a coupe, I also wanted to have something different from the rest of the family too.  I had always liked hatchbacks, and especially the two-tone GT models.  I found a Strawberry Metallic GT that turned out to have a pretty poor paint job upon closer inspection.  Right after I was disappointed in the paint of that car, a listing came up on Craigslist near Columbia, SC for a two-tone Blue/Gray GT.  The description seemed promising and the pictures looked good so I went to look at the car as soon as I could.  The car turned out to be a 2 owner car with only 61,852 miles and was completely stock down to the air silencer, radio and Turbine wheels.  The following pictures are of the car when I first viewed it on April 14, 2015. 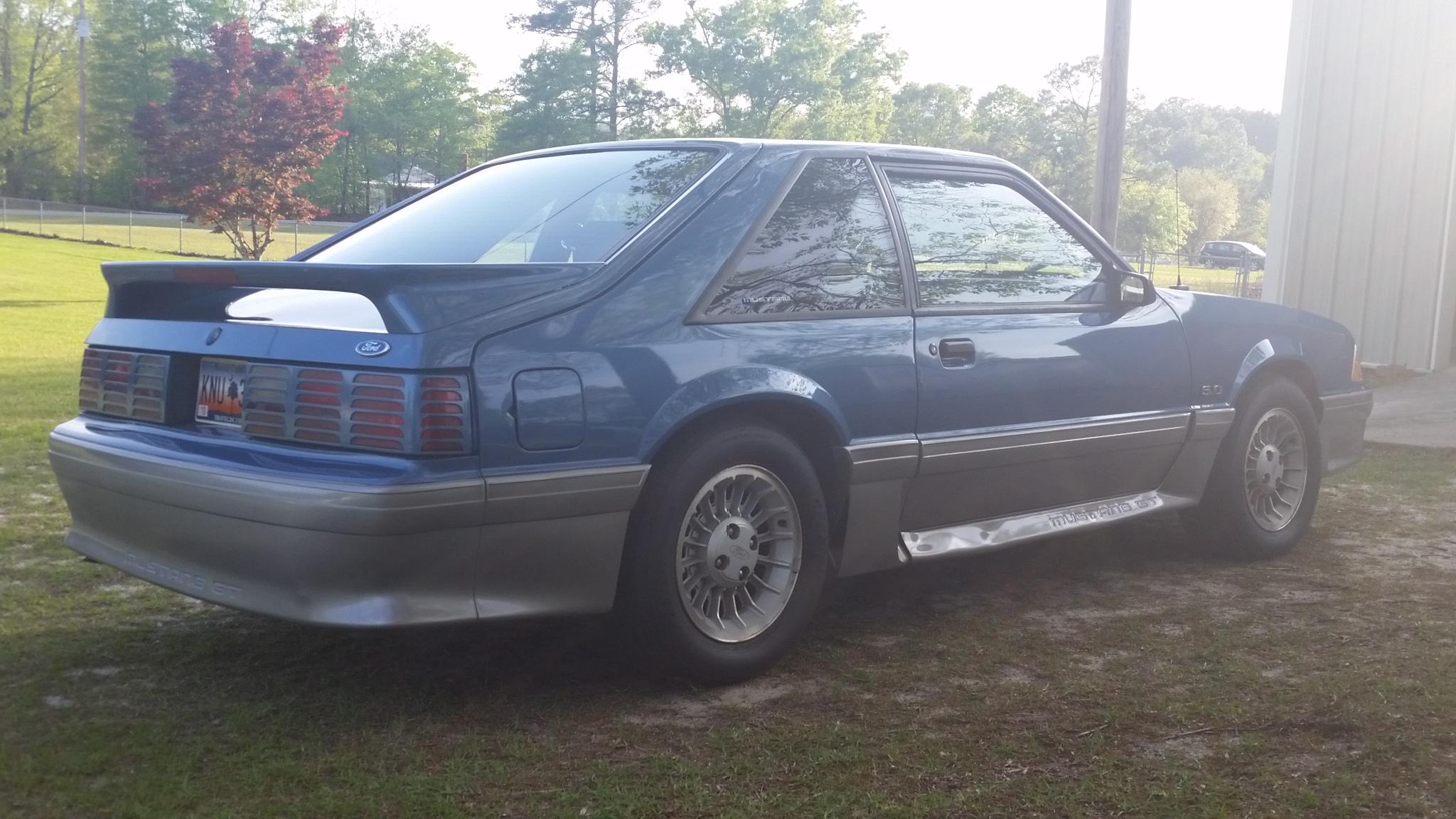 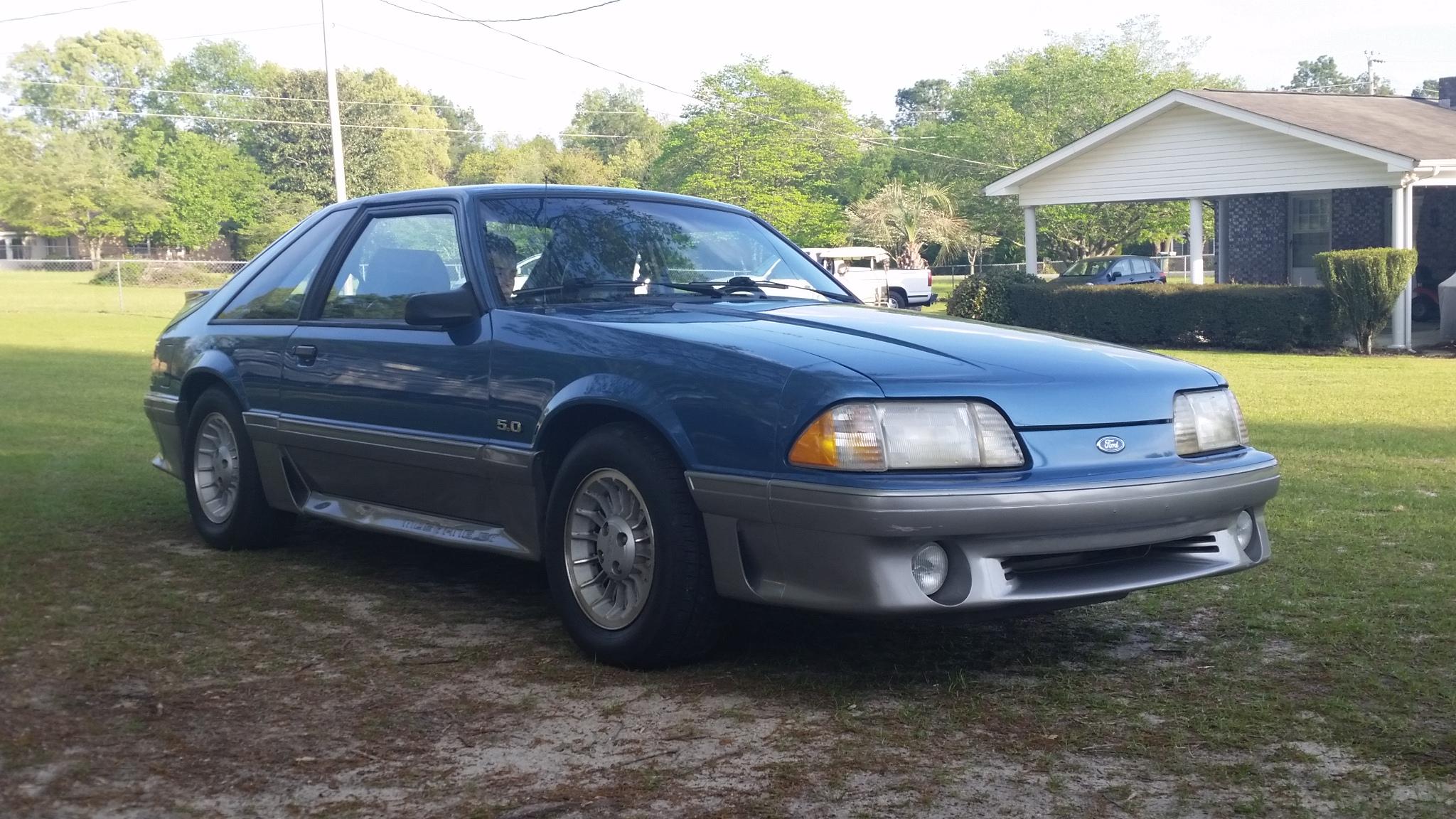 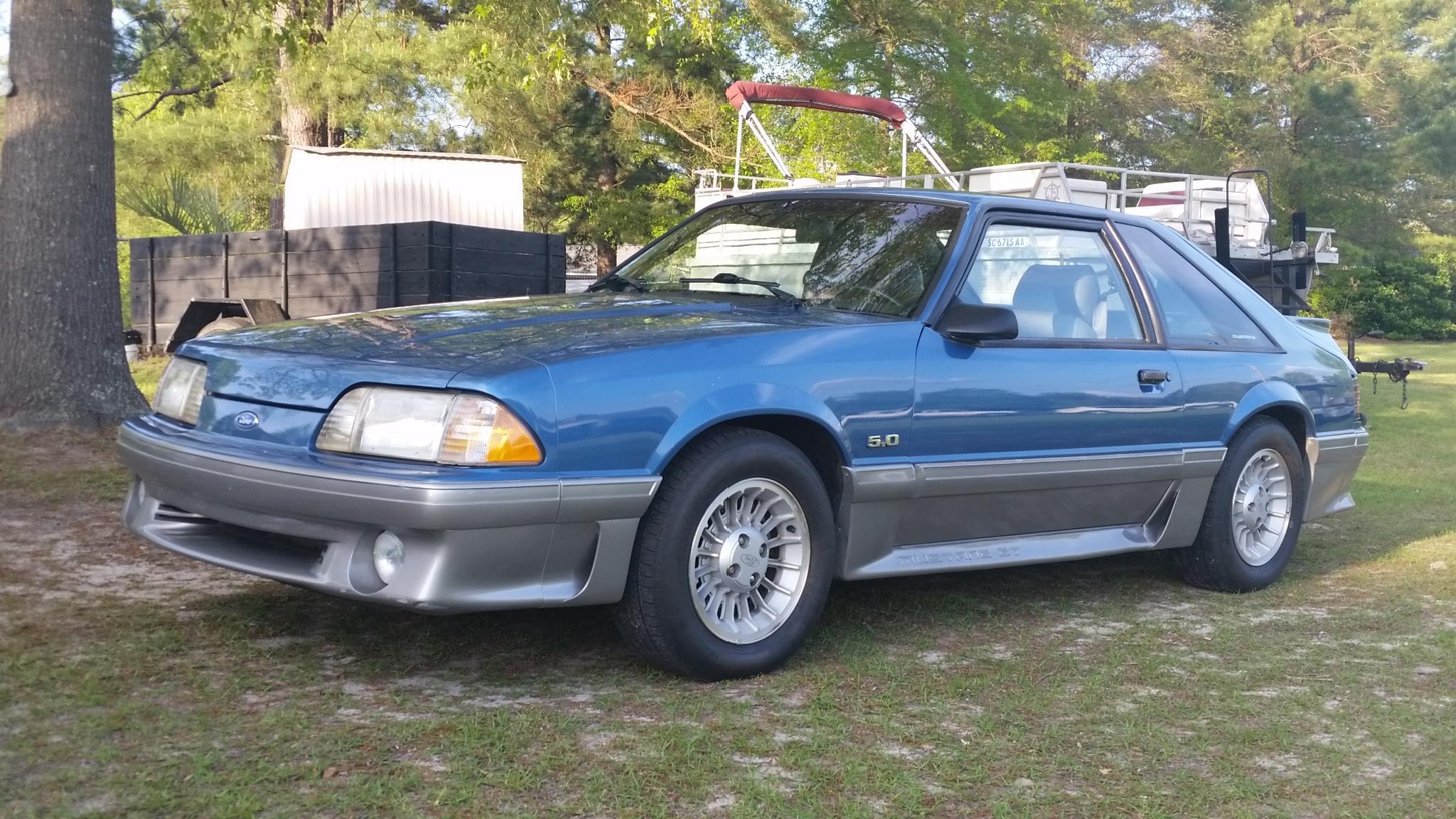 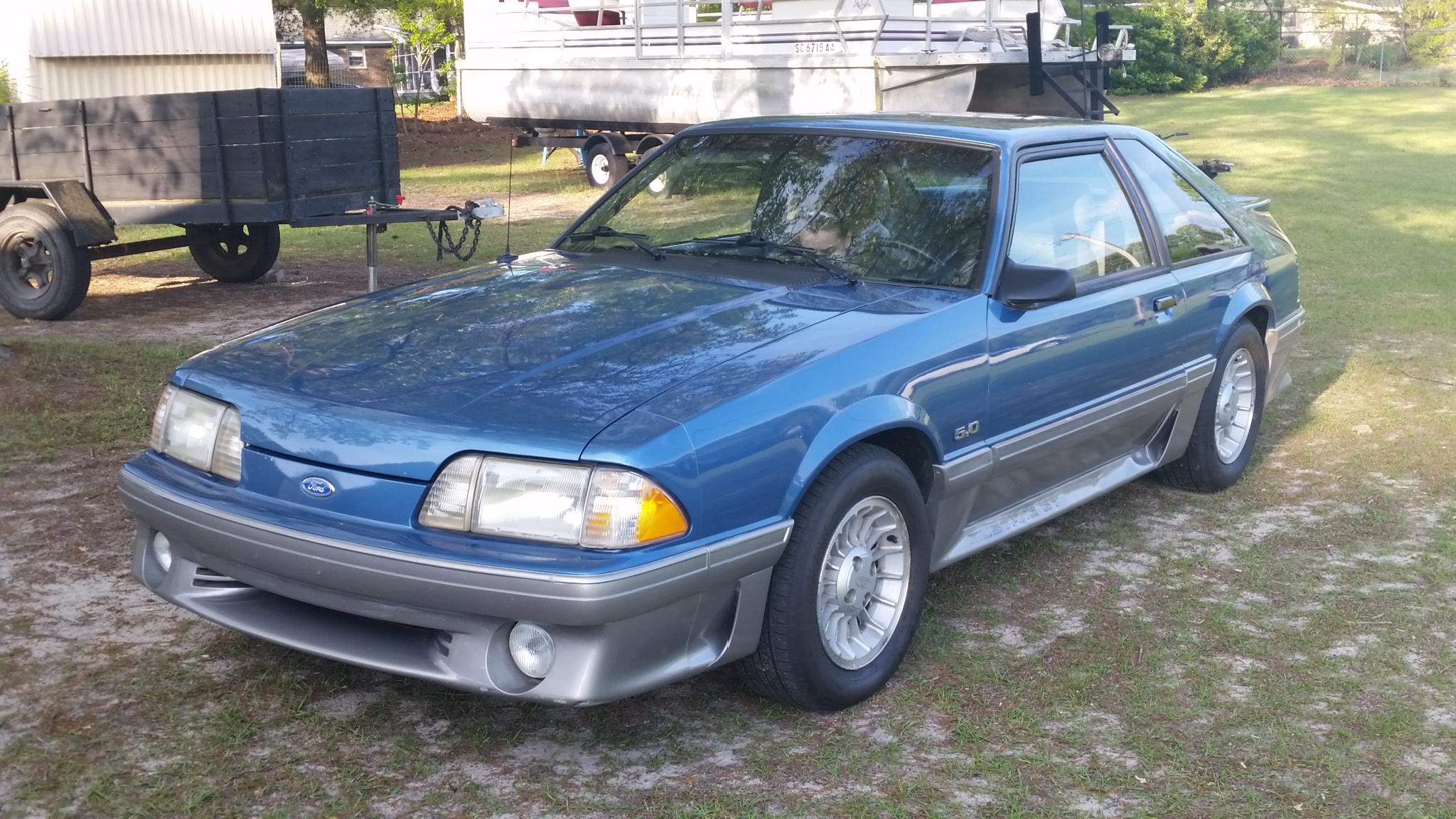 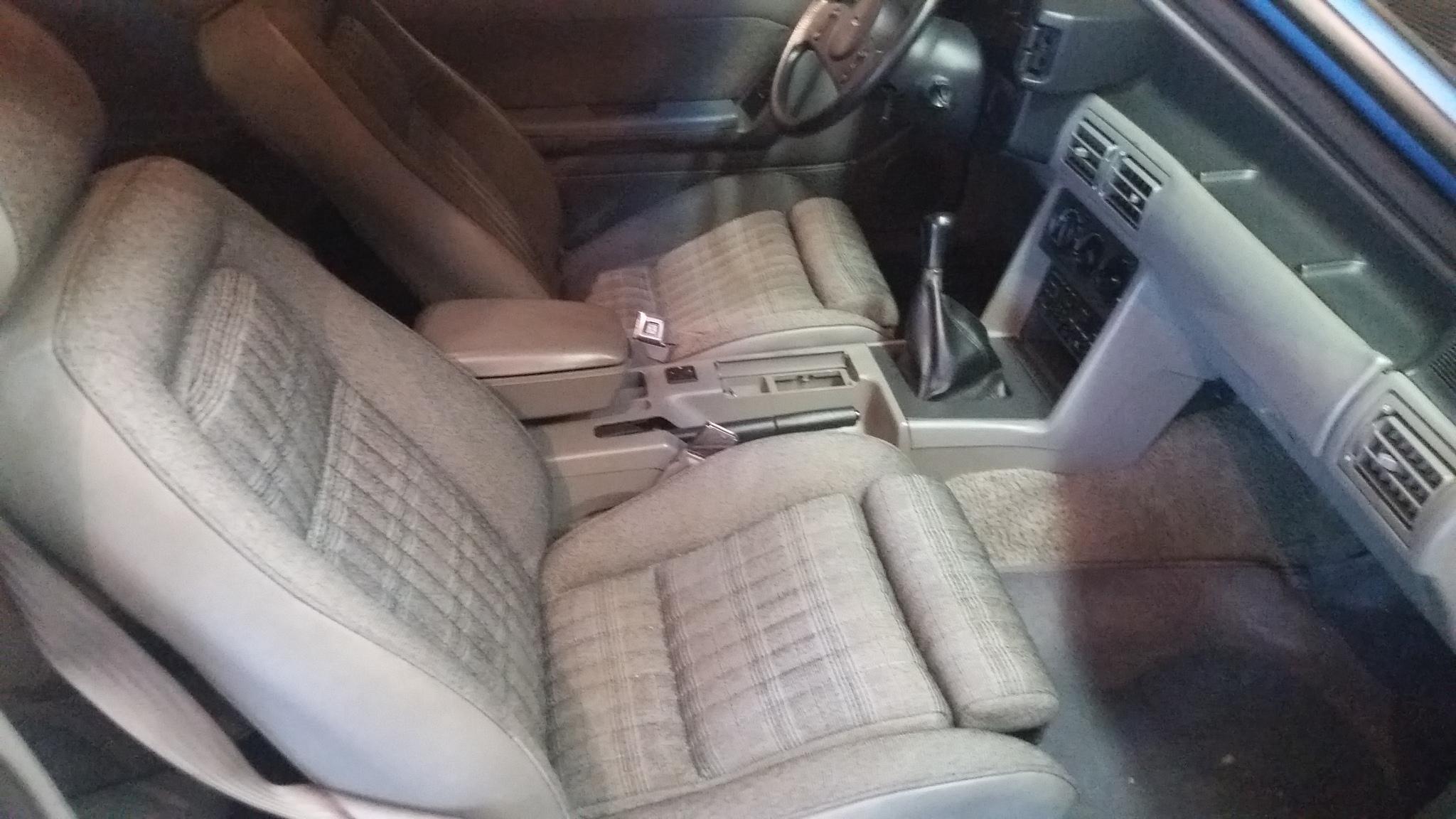 I made a deposit on the car that same day April 14, 2015 and went back on Friday April 17, 2015 to complete the purchase.  Here are pictures of the car before I left for the return trip from Columbia, SC to my home in Fayetteville, NC. 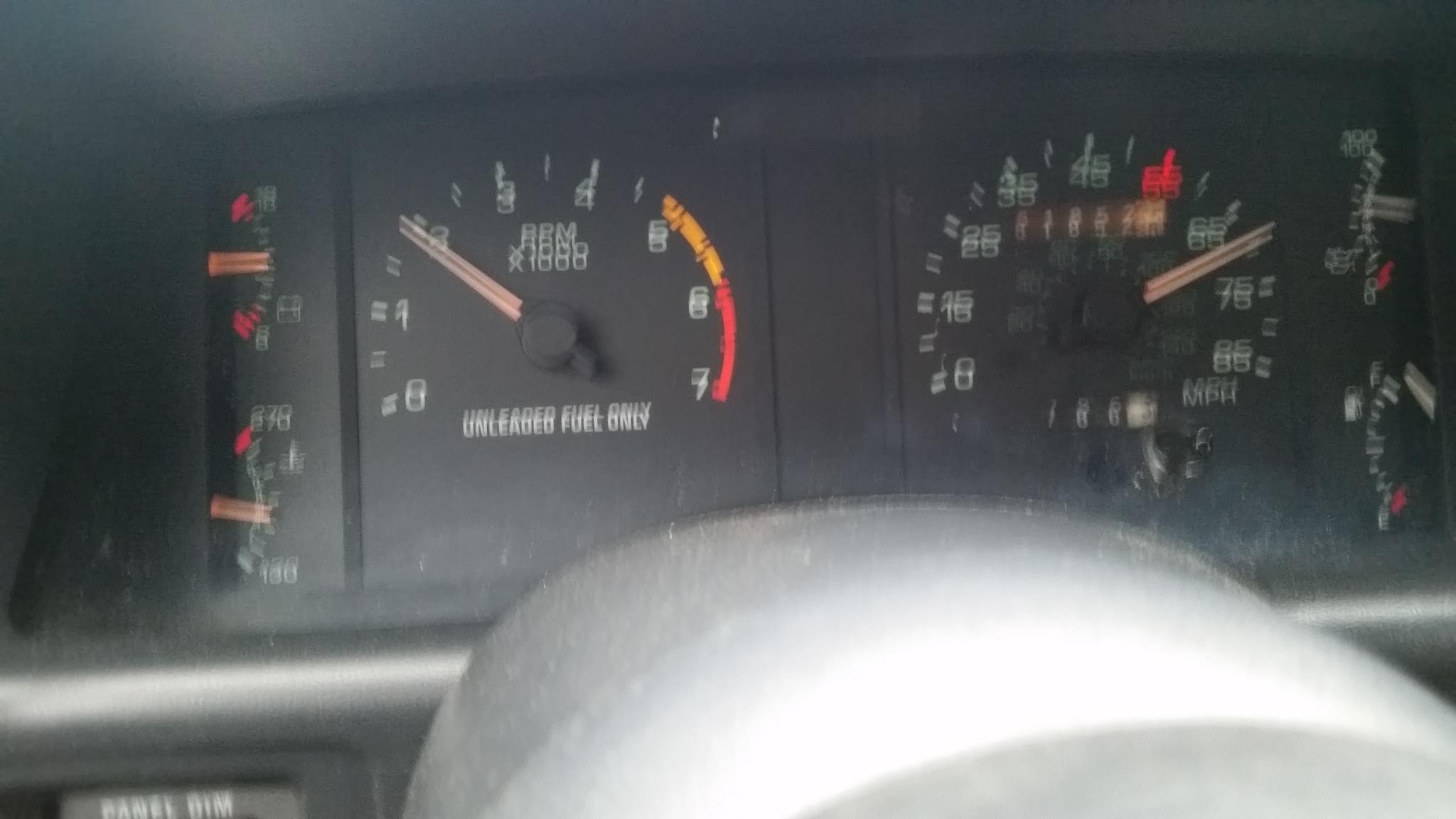 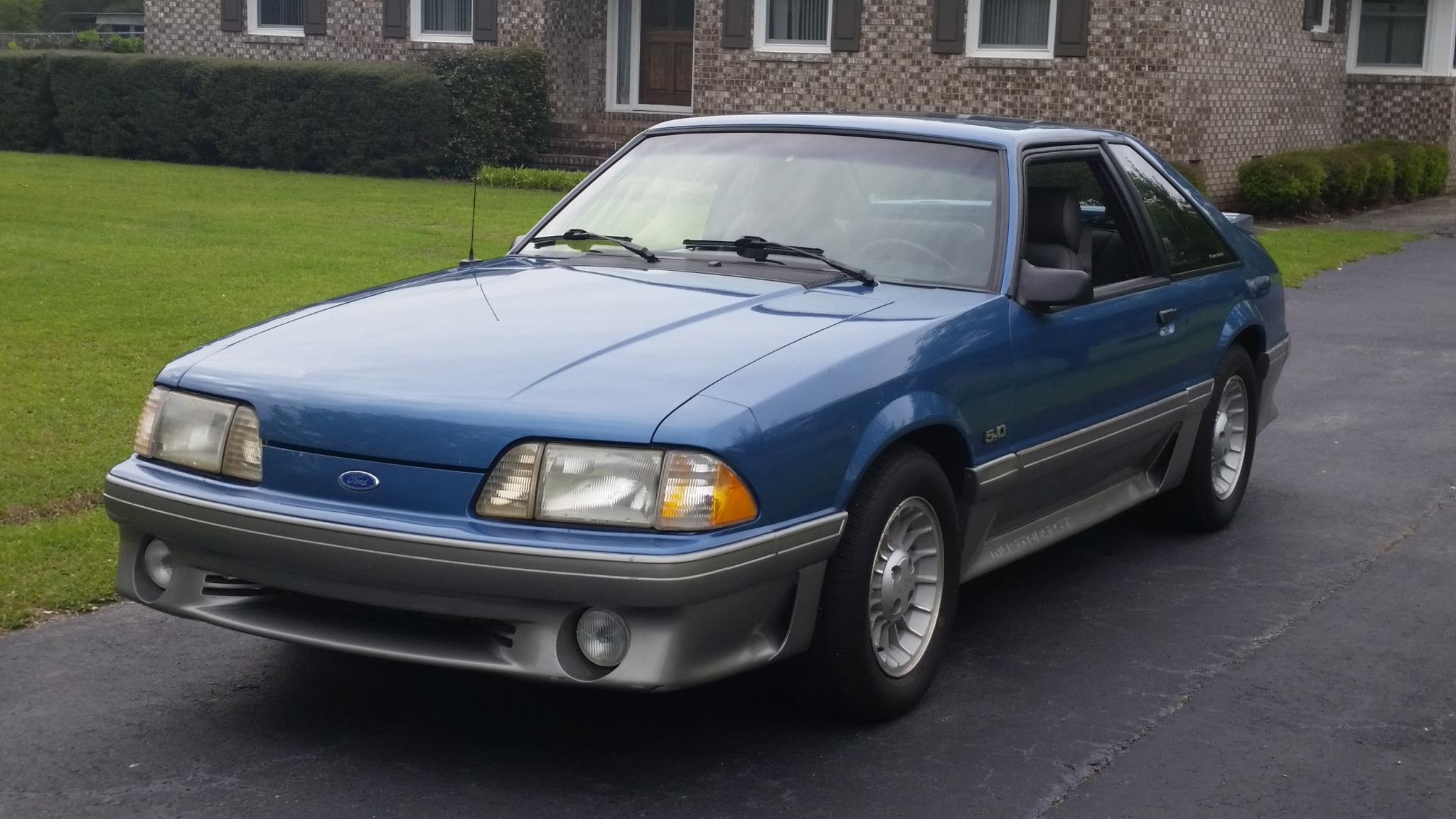 And finally, my first wash the next day after getting the car home.  The Langdon family stable of Mustangs was now complete! 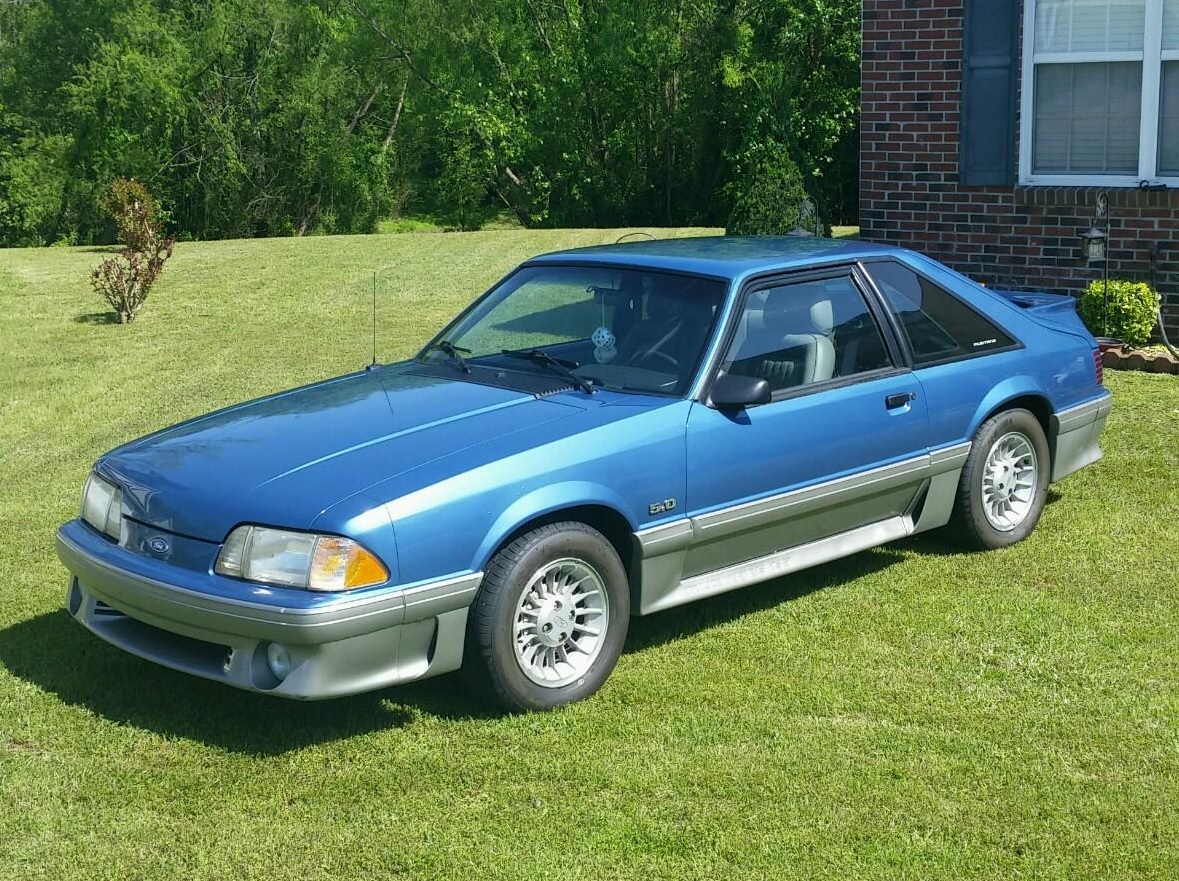