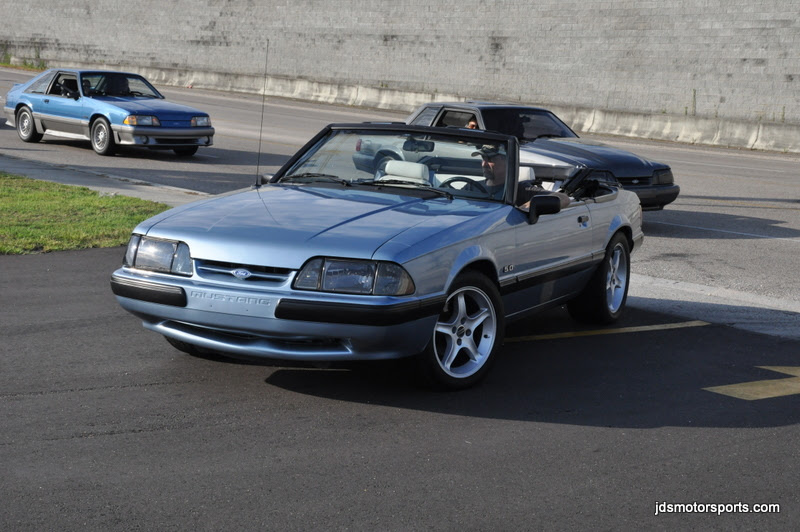 I bought my 1990 LX Convertible as the third owner on April 11, 2014.  I previously had owned a 1967 Coupe for 26 years but after driving and working on my sons 1989 LX Notch, I was quickly converted over to wanting a fox.  In my quest to find a fox body, I came across many that were in rough condition and would need a good bit of work to be what I now wanted in a mustang.  My 67 was more or less always a “project” that I never really could enjoy to the point of taking it on a trip to the beach or cruising in comfortably without worrying about it having an issue.  The last thing I wanted was another project.  I was originally looking for a Notch or possibly the right hatch, but also began to take interest in convertibles.  I found a light crystal blue convertible that was in rather rough condition for the asking price, but I was very attracted to the color combination with a dark blue top.  I found a picture online of that color combination with Cobra R rims.  I then finally had an exact image of what I wanted.  I showed this to my brother and he recalled seeing a car with that exact color combination online and the rest was history.  As soon as I saw this car, I immediately knew it was by far in better condition than anything I had seen.  After a test drive and a couple of quick calls with Mike, I decided it needed to go home with me.

Here are some pictures of it the day I bought it.  No Cobra Rs but that was soon to come ! 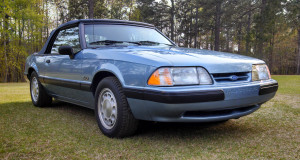 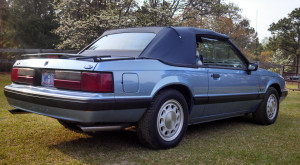 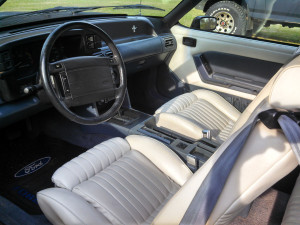 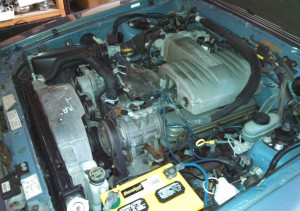 First thing I did was buy new a new wheel and tire package! They arrived on April 17, 2014 and were on the next day! 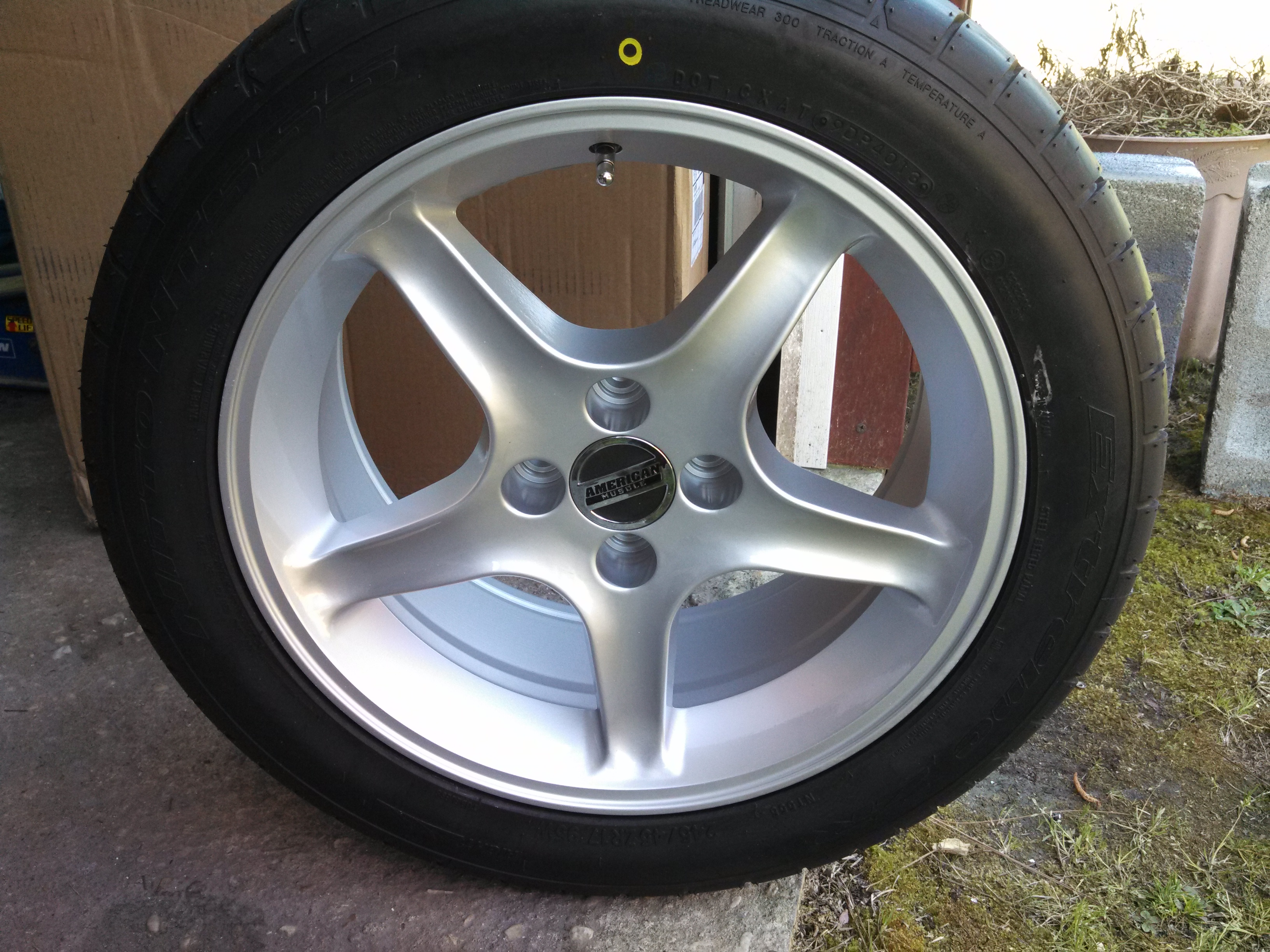 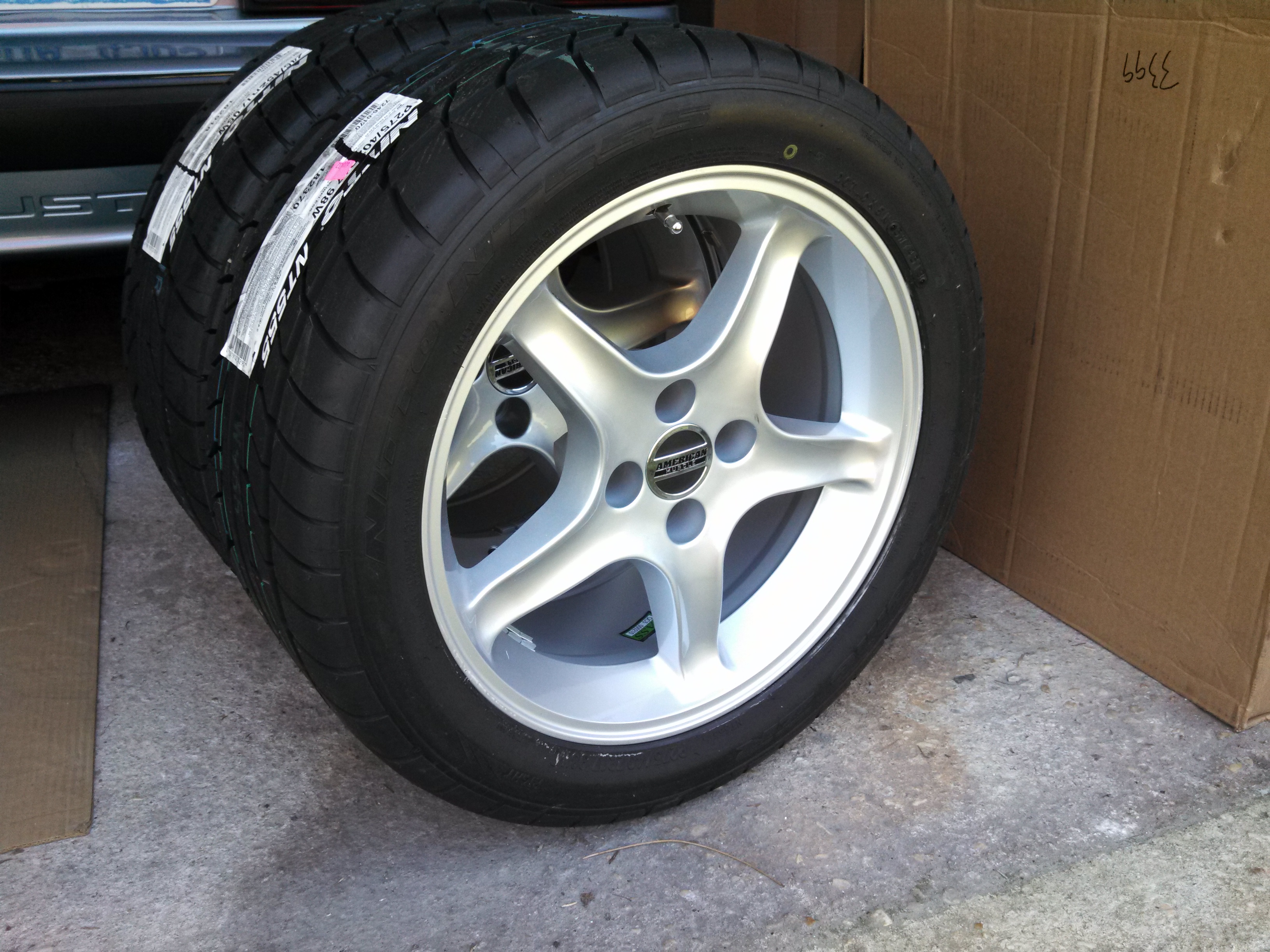 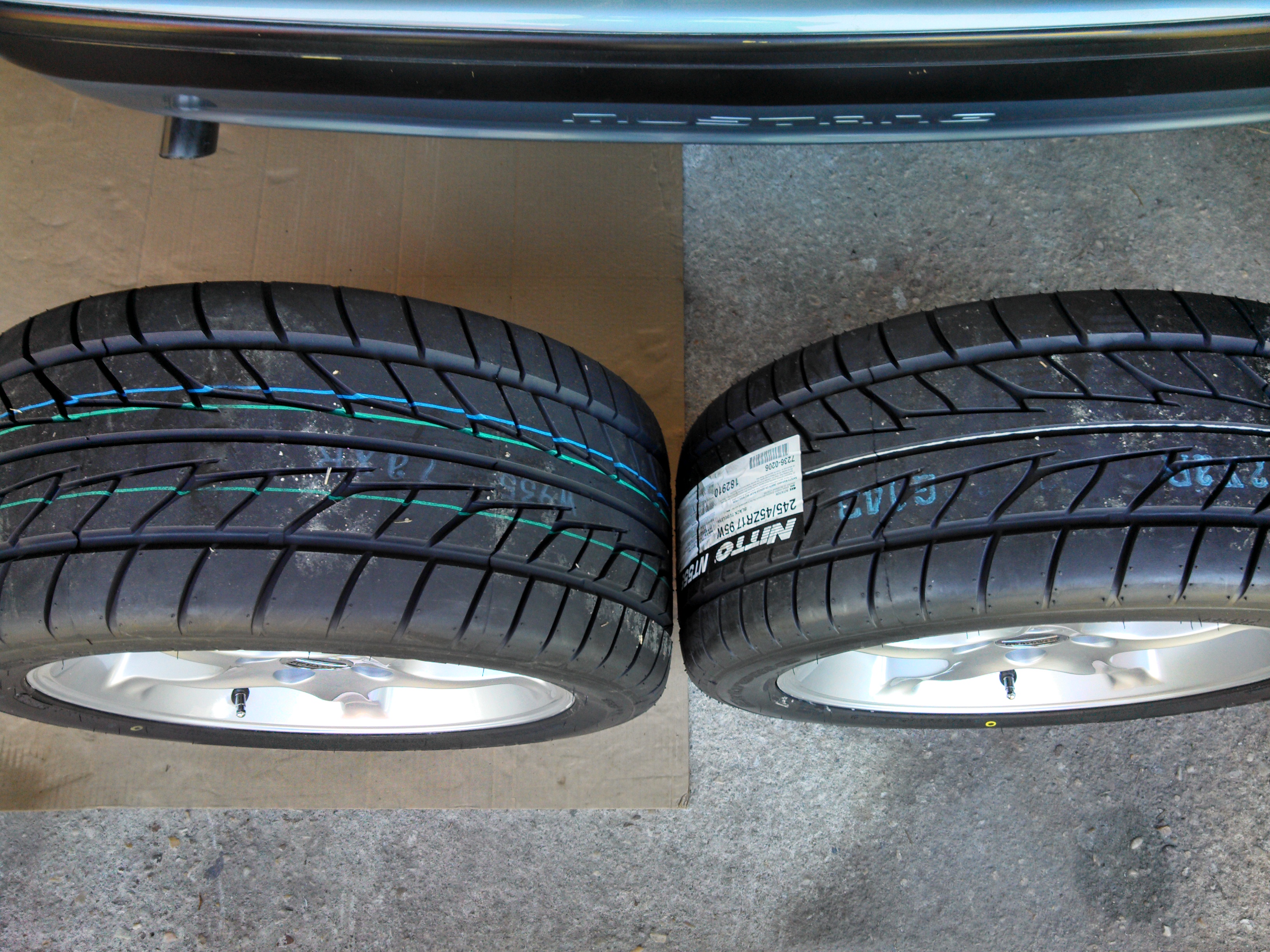 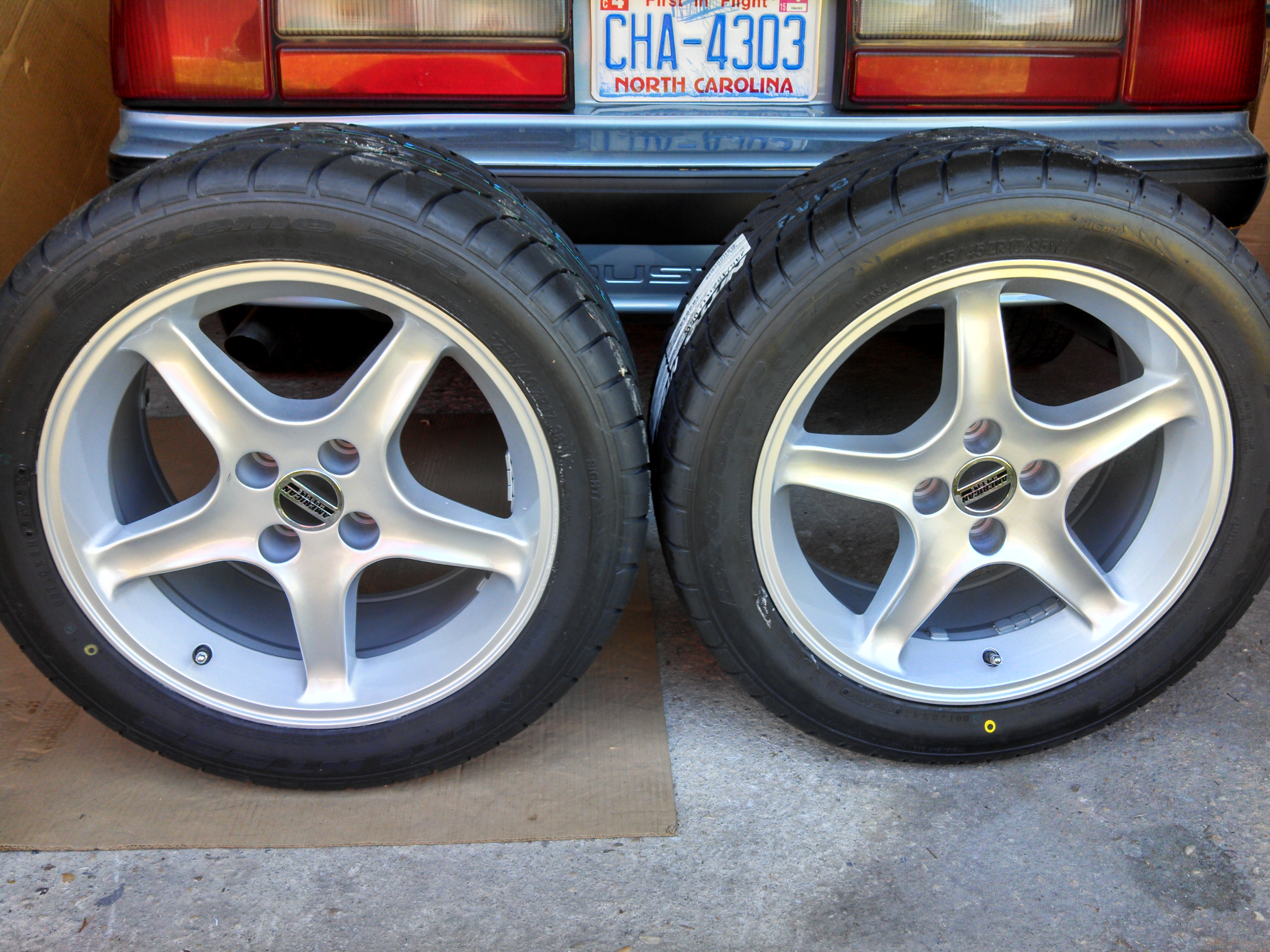 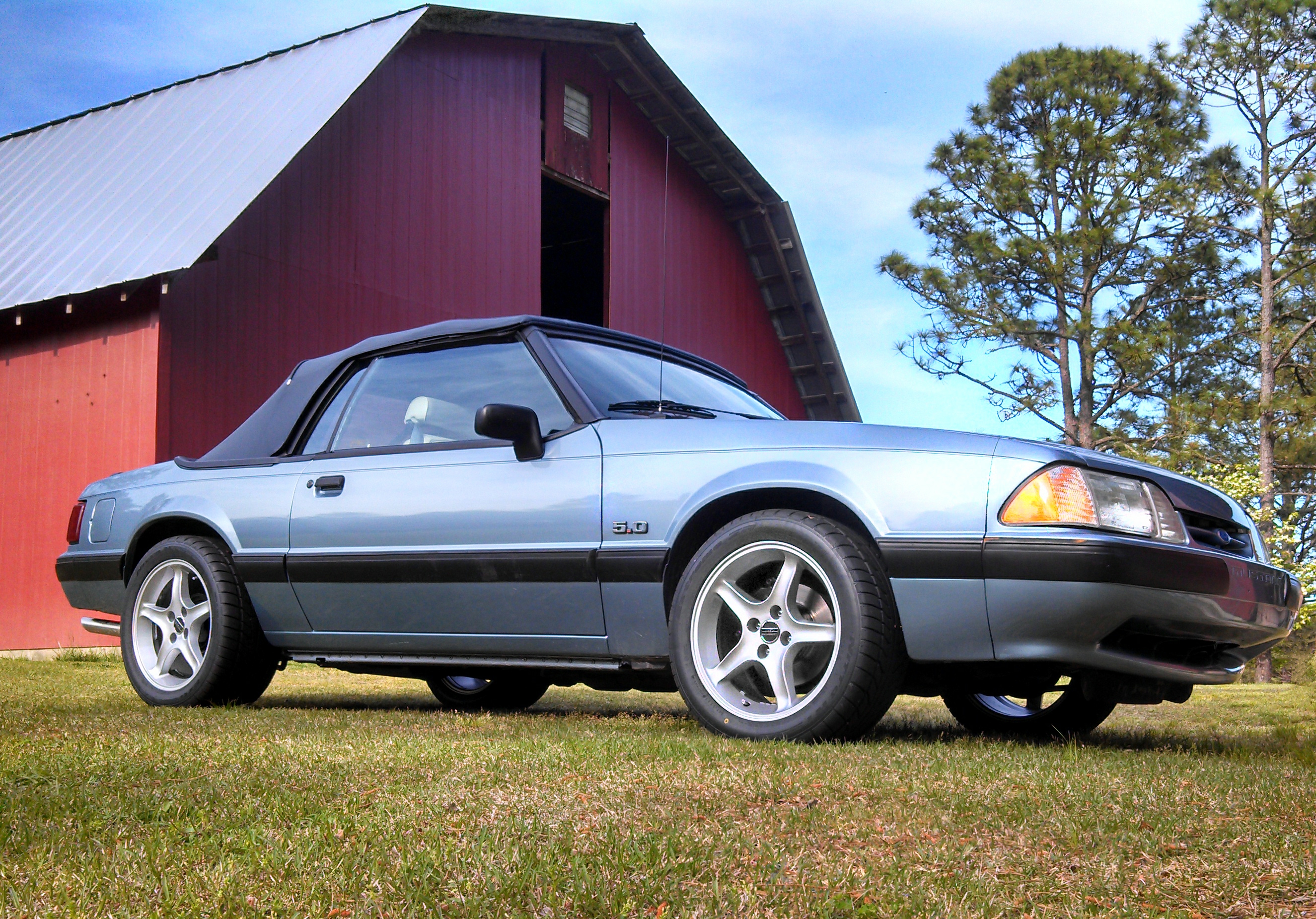 Since then, I have slowly made some upgrades and improvements.  New carpet (April 19, 2014) and thorough interior cleaning while the seats were removed were in order, along with new headlights (May 4, 2014), new 40 series Flowmaster mufflers, black Mustang lettering on the rear, new fuel pump and fuel tank, new Mishimoto radiator with electric fans, center console restoration and upgrade, and repainting of the side trim. 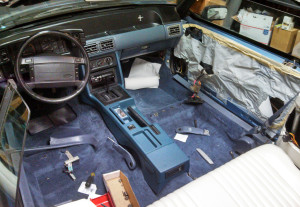 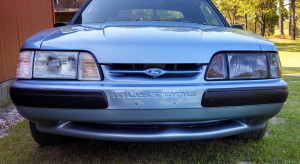 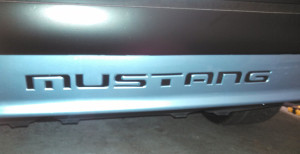 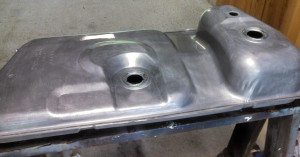 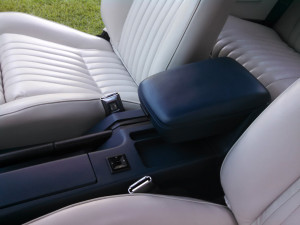 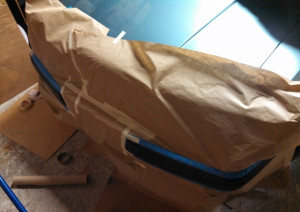 A highlight in 2014 was the Southeastern Foxbodies 8th Annual Foxbody Cruise during Mustang Week 2014 in Myrtle Beach, SC.  Being part of this cruise during the year that Mustang celebrated it’s 50th birthday was especially great.  My 2 sons Brian and Jordan and my brother Mike rode along.  It was a great event! 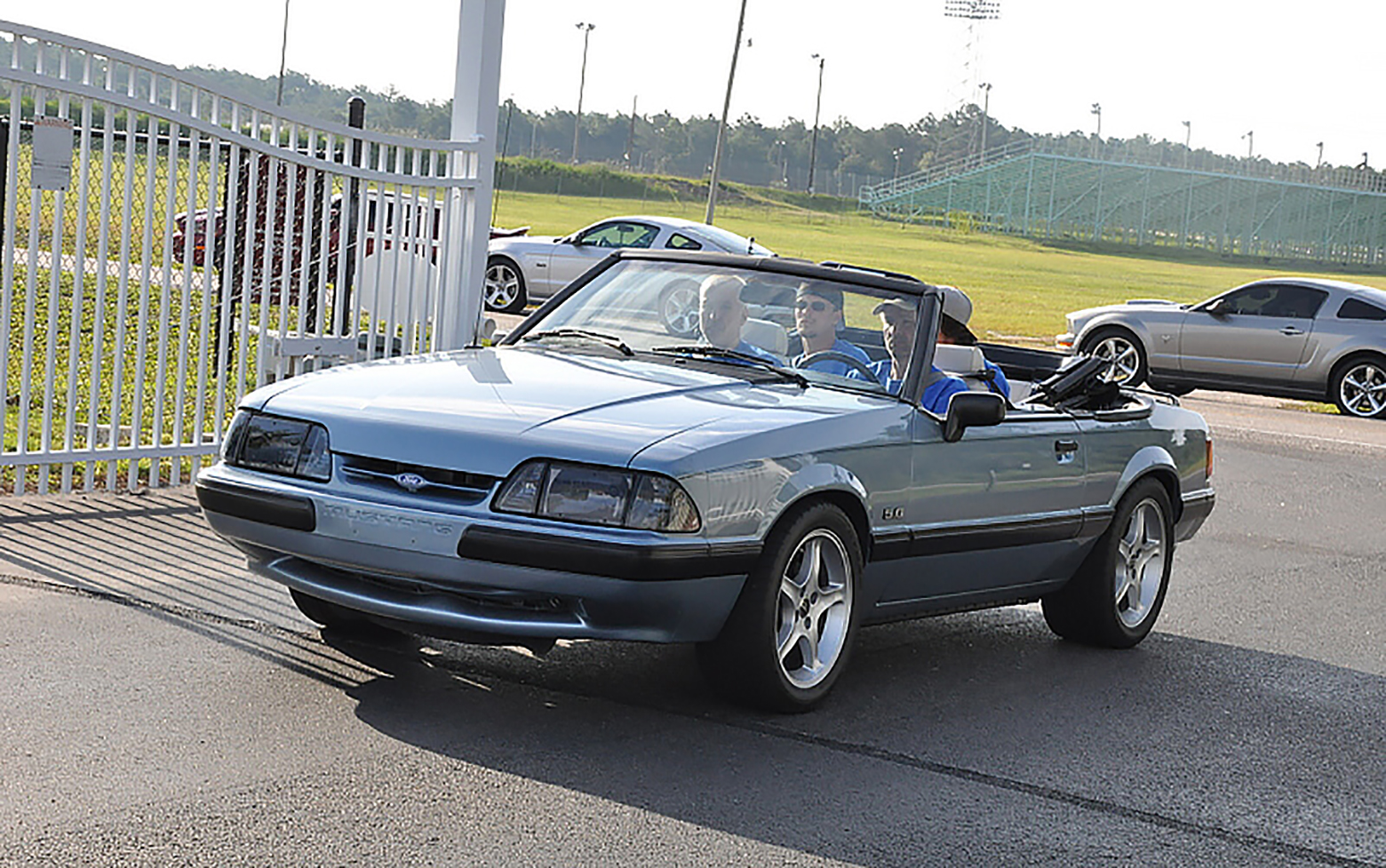 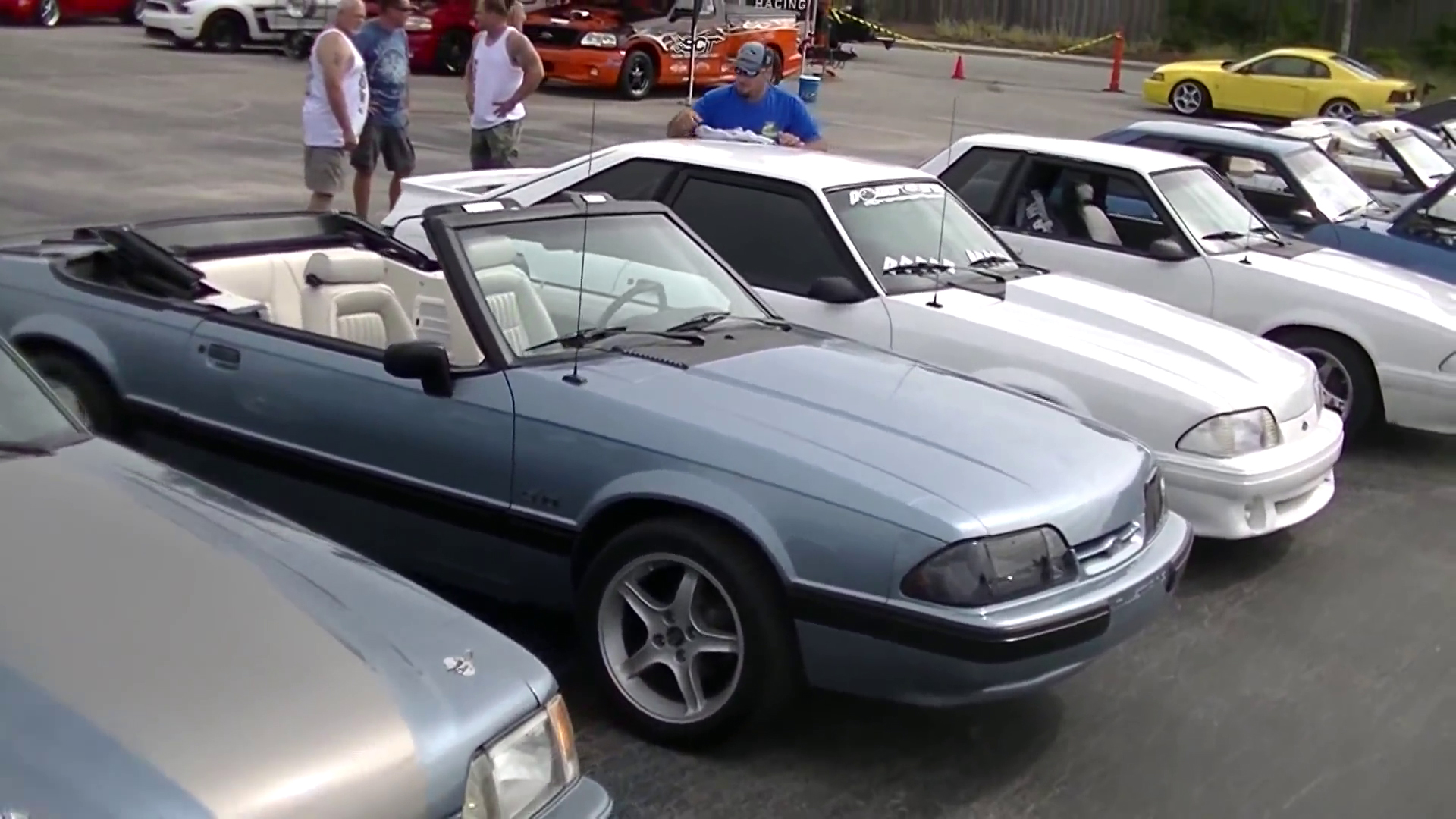 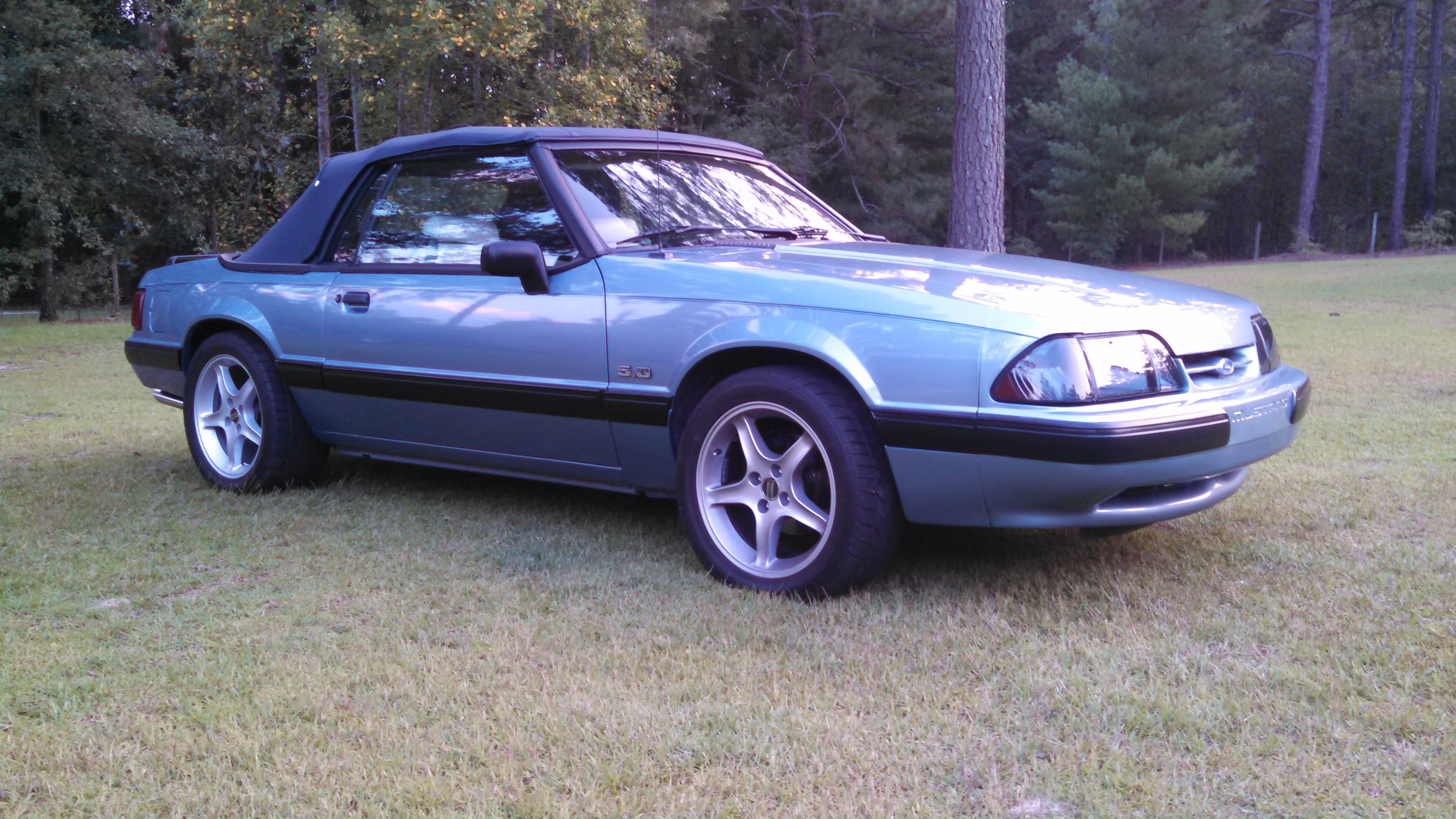 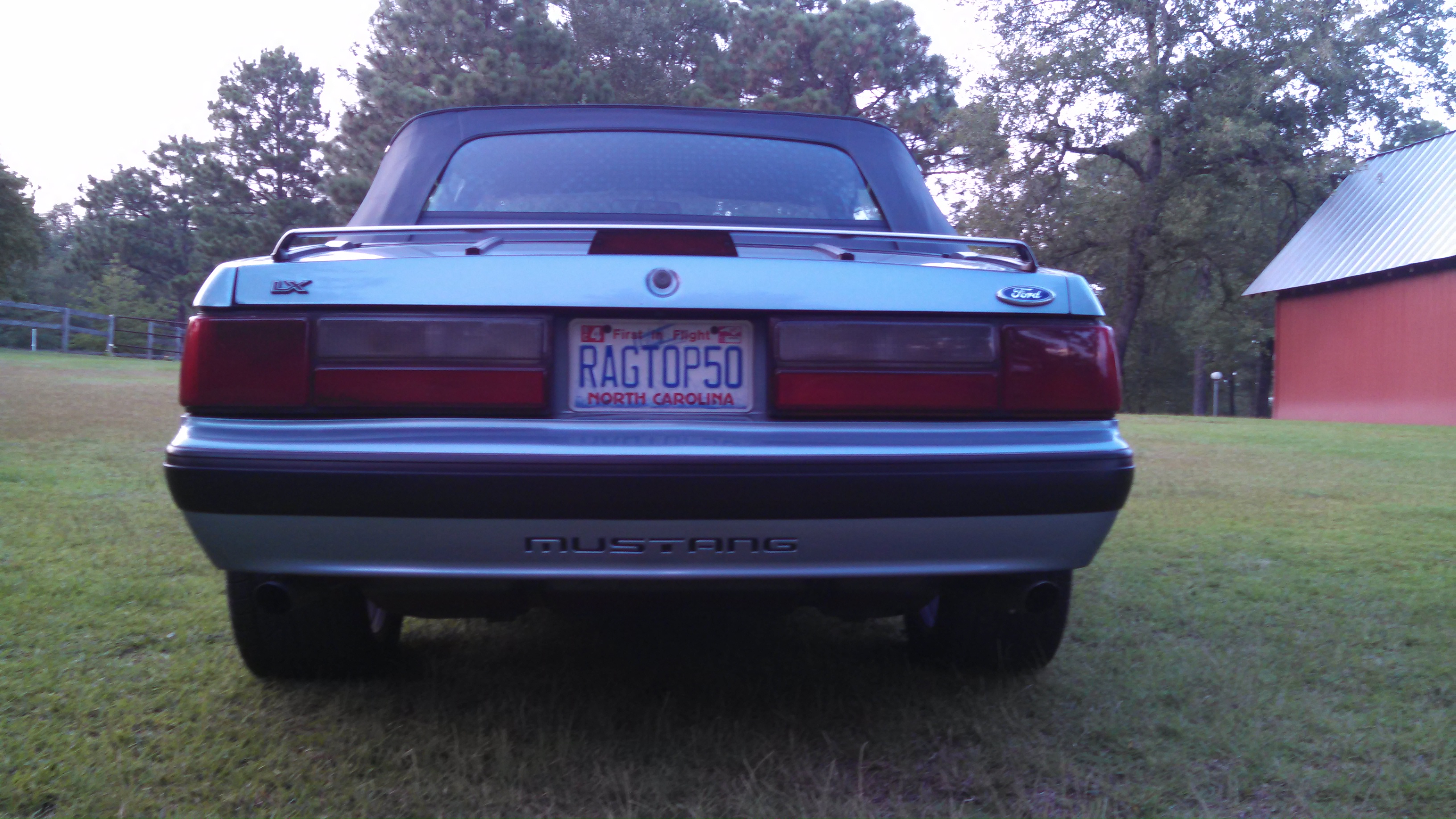 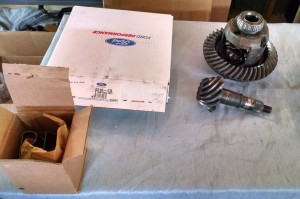