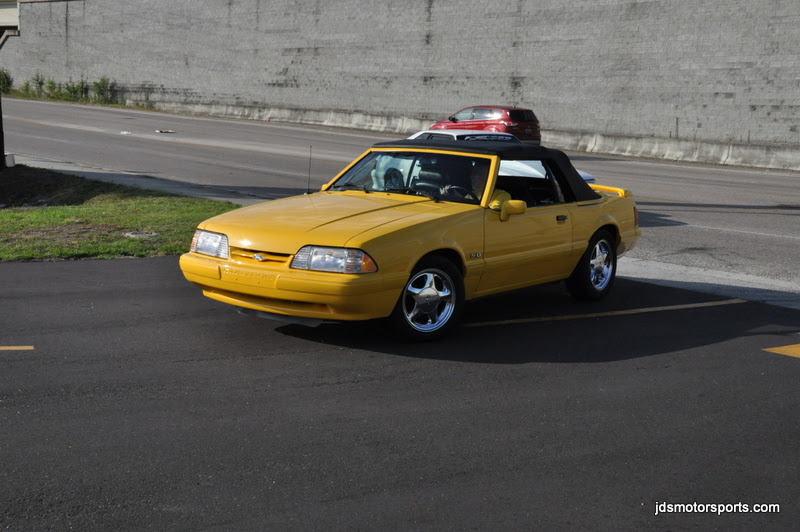 I had owned a 1966 Mustang Convertible for 27 years when I talked to my brother Randy, who had owned a 1967 Mustang Coupe for 26 years, about selling our cars that we had really lost interest in and buying a more modern Mustang.  Since his youngest son already owned a 1989 Dark Gray LX 5.0 Notchback and seeing my nephew’s passion for his car, we quickly decided that our next cars would be Fox Bodies.  I sold my 1966 Mustang Convertible on Craigslist on the Saturday morning of Easter weekend 2014 after just having listed it Friday afternoon.  I always loved the darker yellow color on Muscle cars, so when I started researching Foxes and found the Canary Yellow color of the 1993 Feature cars, I had to have one!

I found the car I wanted near Hilton Head, SC and first viewed the Mustang on Tuesday April 29, 2014.  I asked my brother Randy to go with me to help look over the car.  Randy is the mechanic of the family having rebuilt the engine in our mom’s 1967 Mustang, which he later owned, when he was 18 years old in the garage and she never knew it.  I especially like him to look at the mechanical side of a prospective car.  While viewing the car, I learned from the Buck Tag that the car was built on 04/28/1993.  How remarkable!  The car had just turned 21 years old the day before!  This fact was significant to me as I realized that I had bought my 1966 Mustang in 1987 when it too was 21 years old.  I felt like it was fate to have this car.  Here is what the car looked like the day I viewed it. 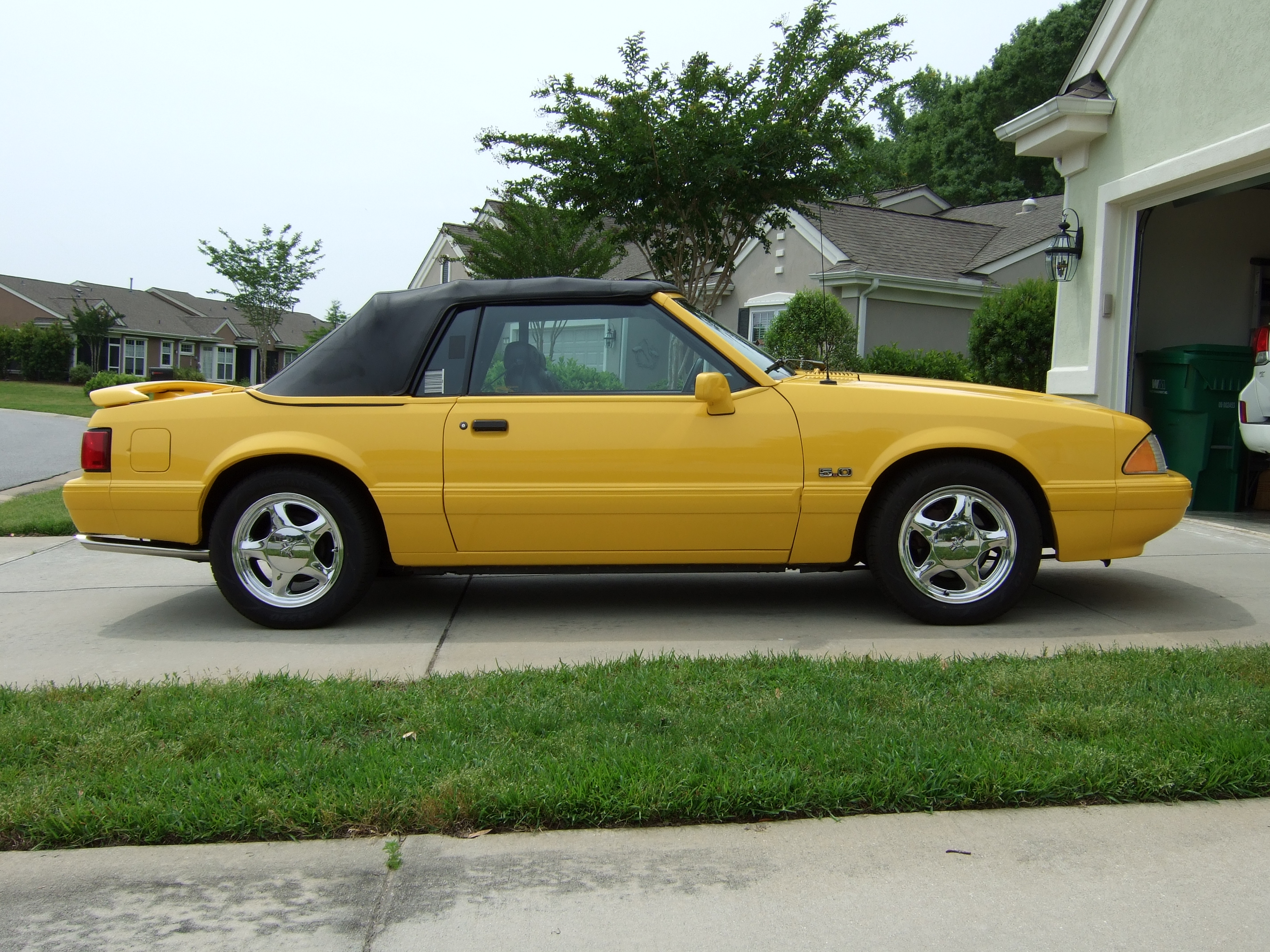 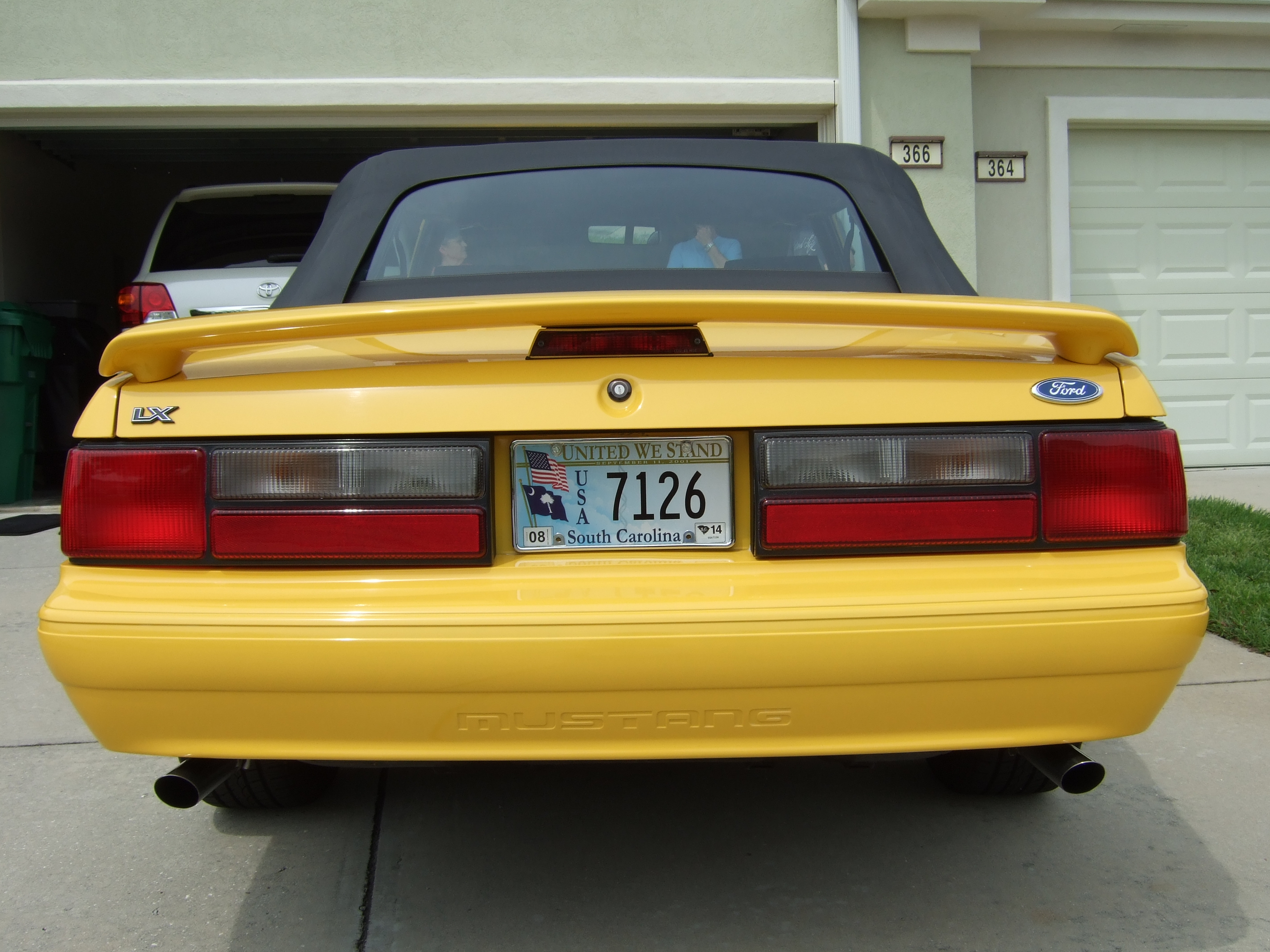 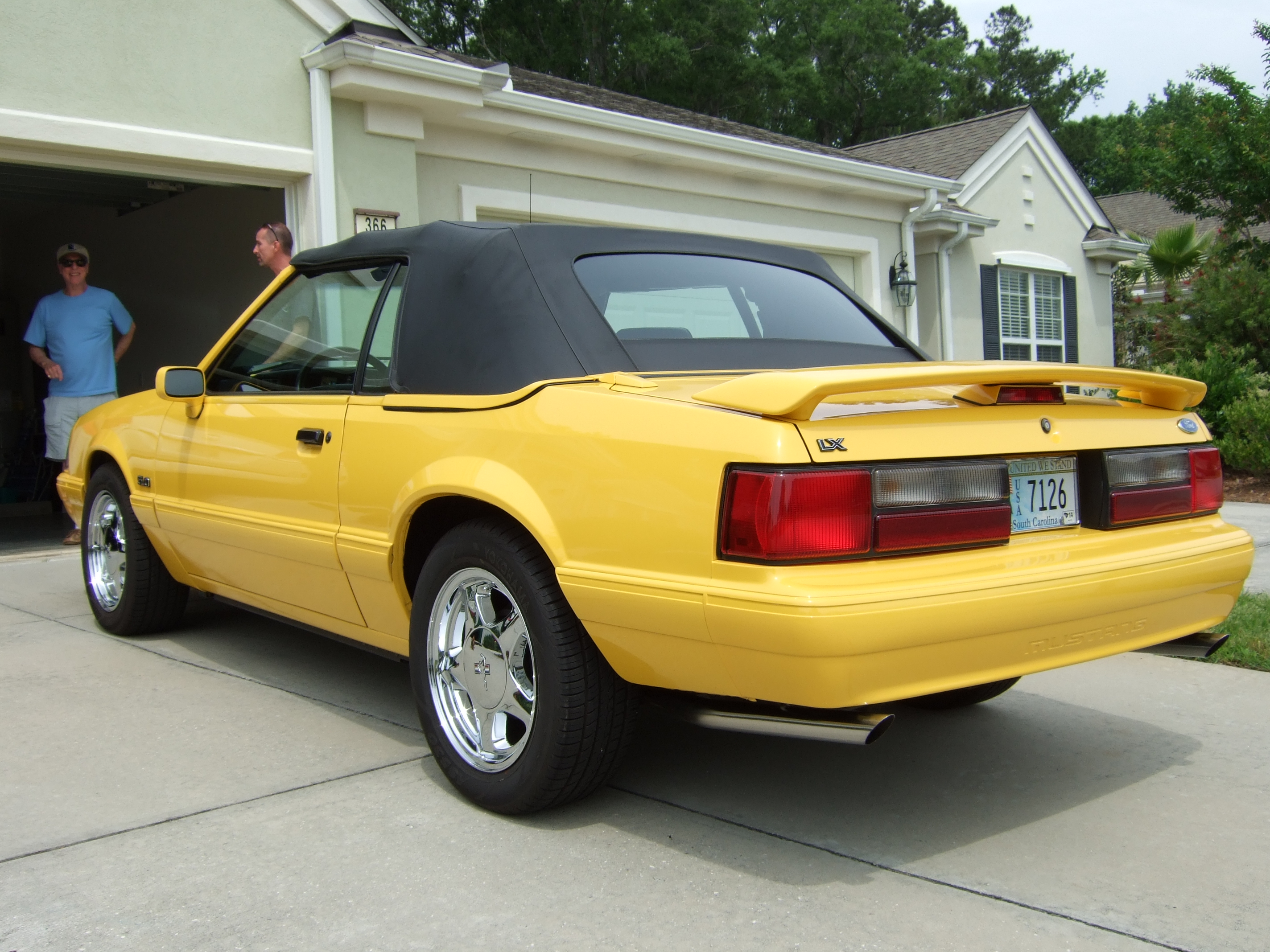 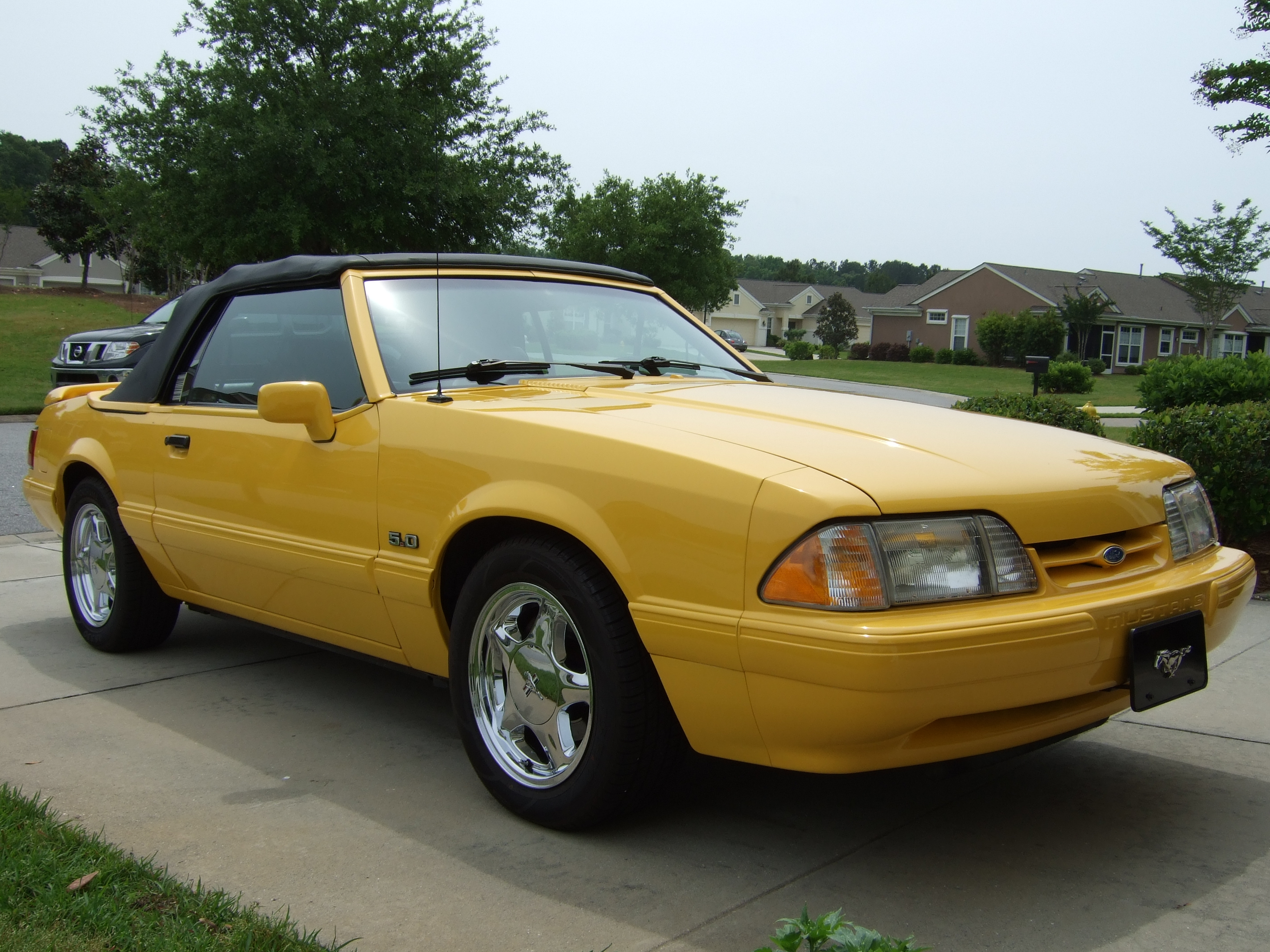 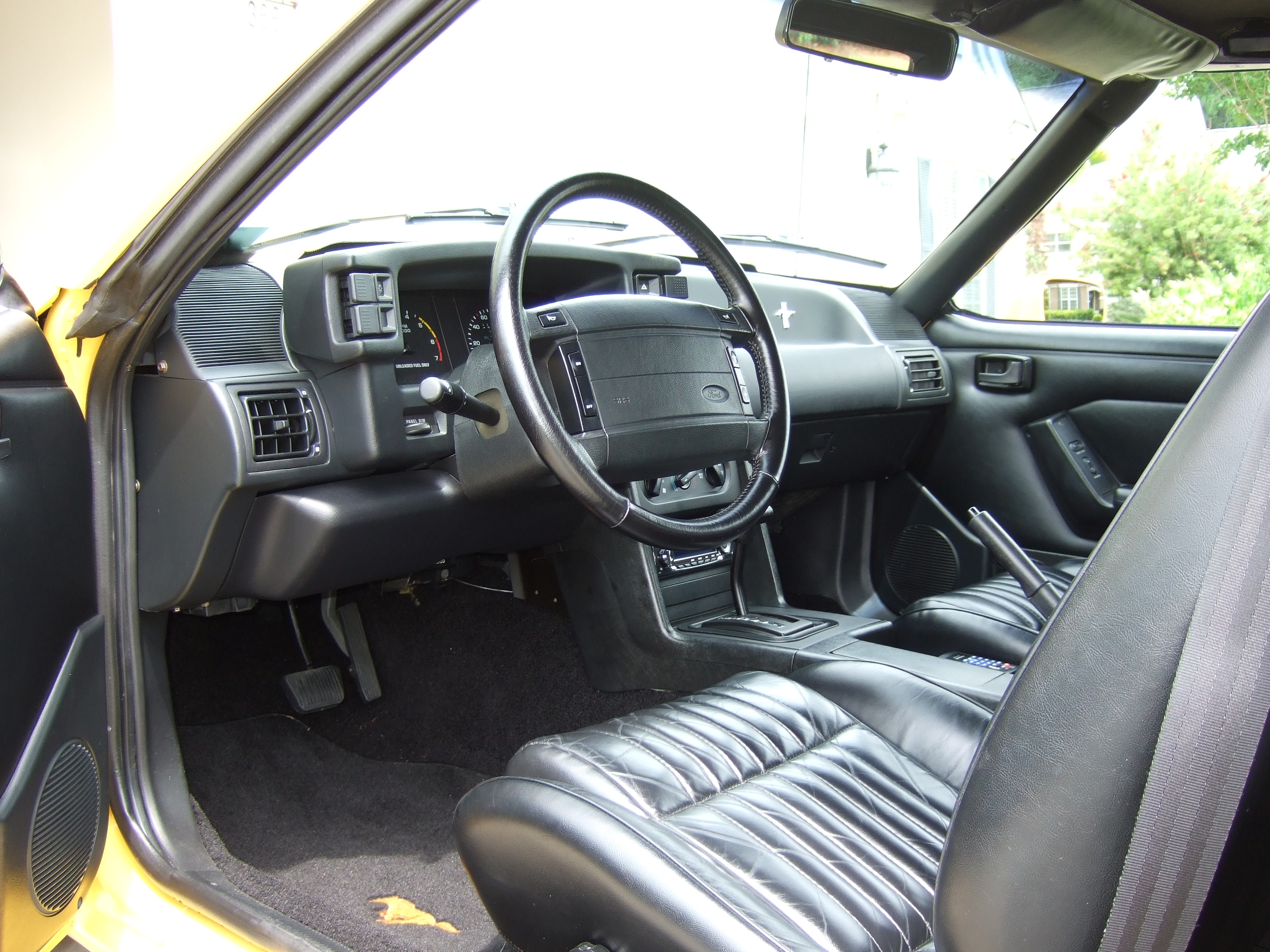 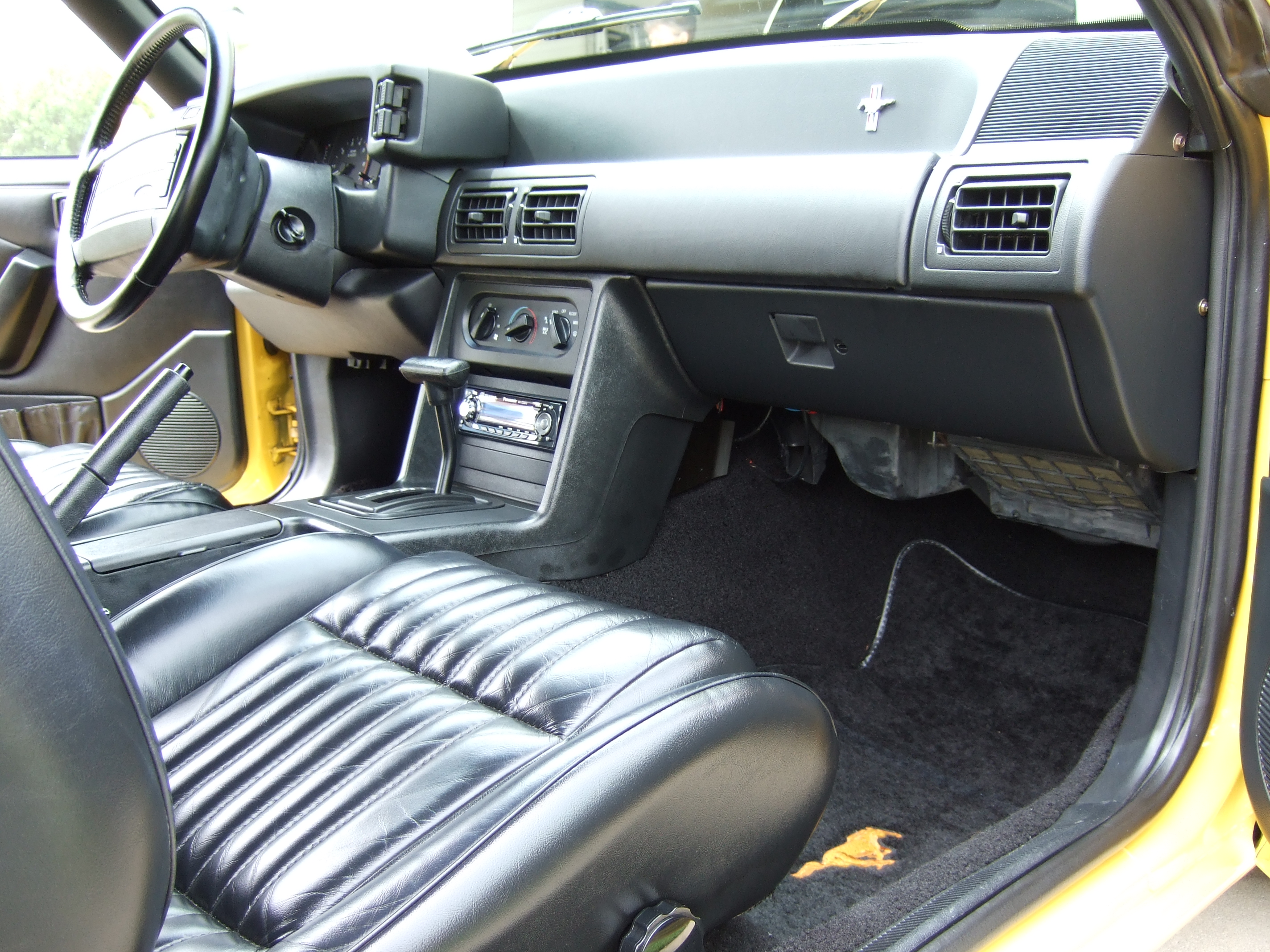 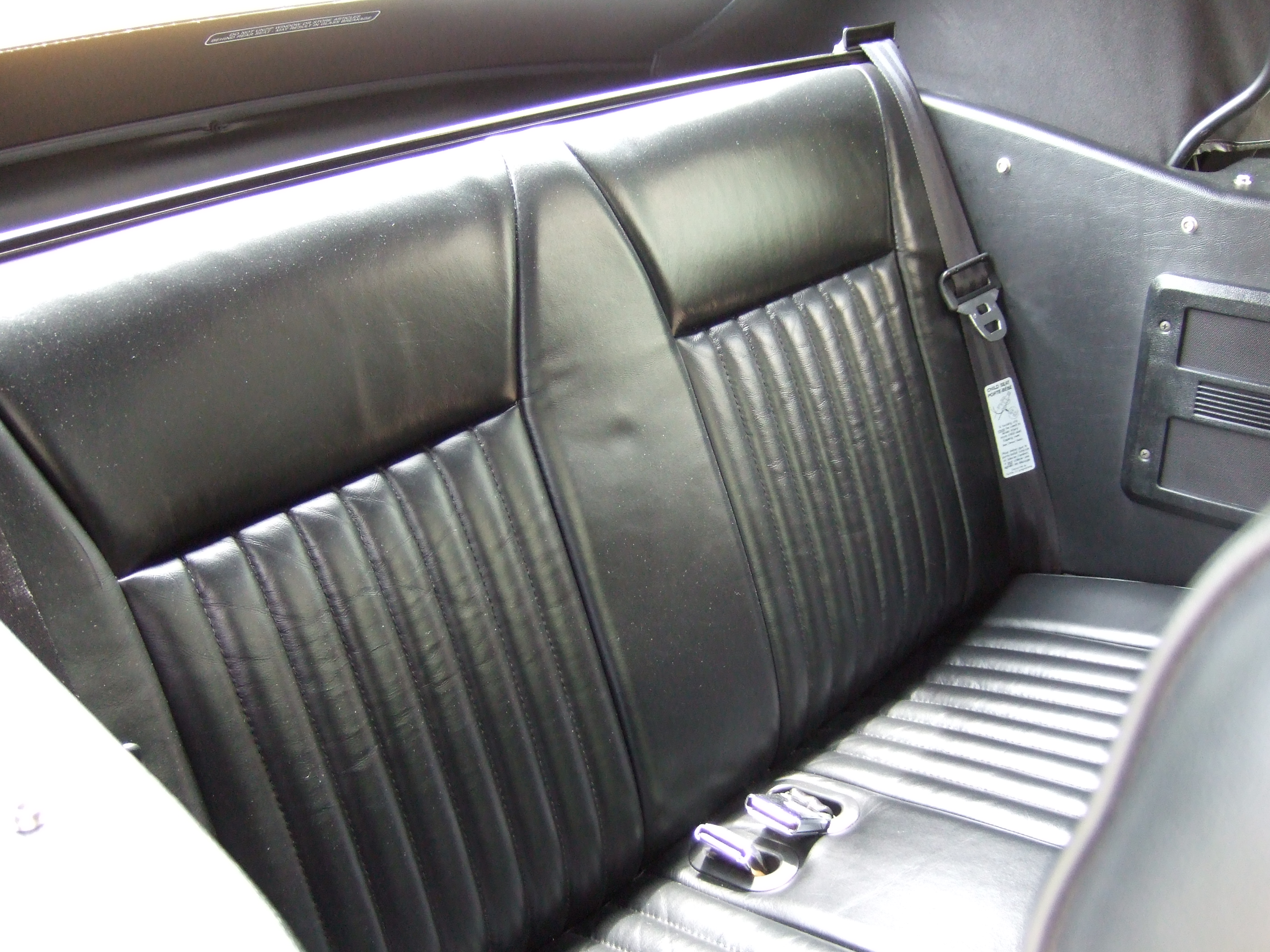 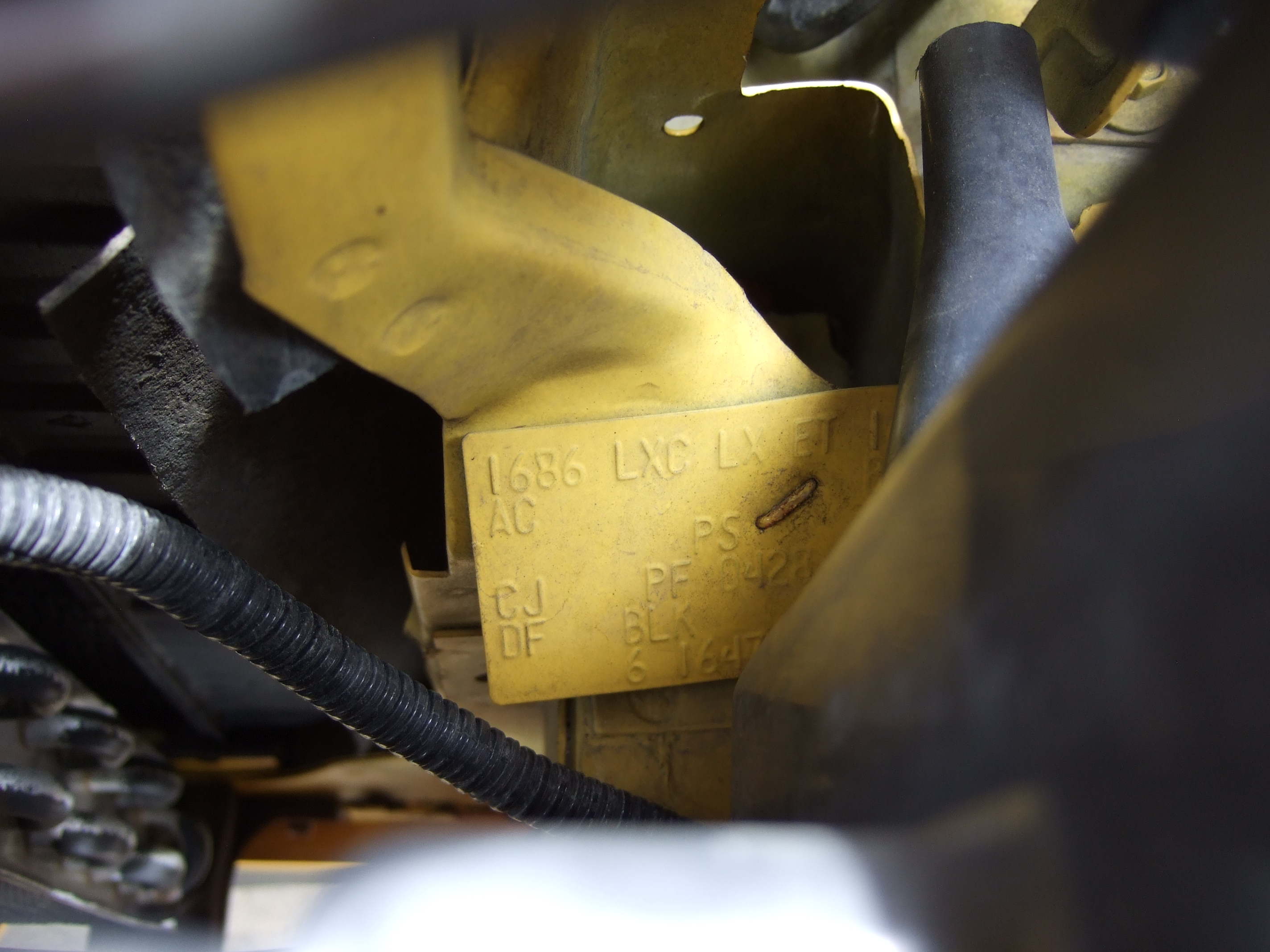 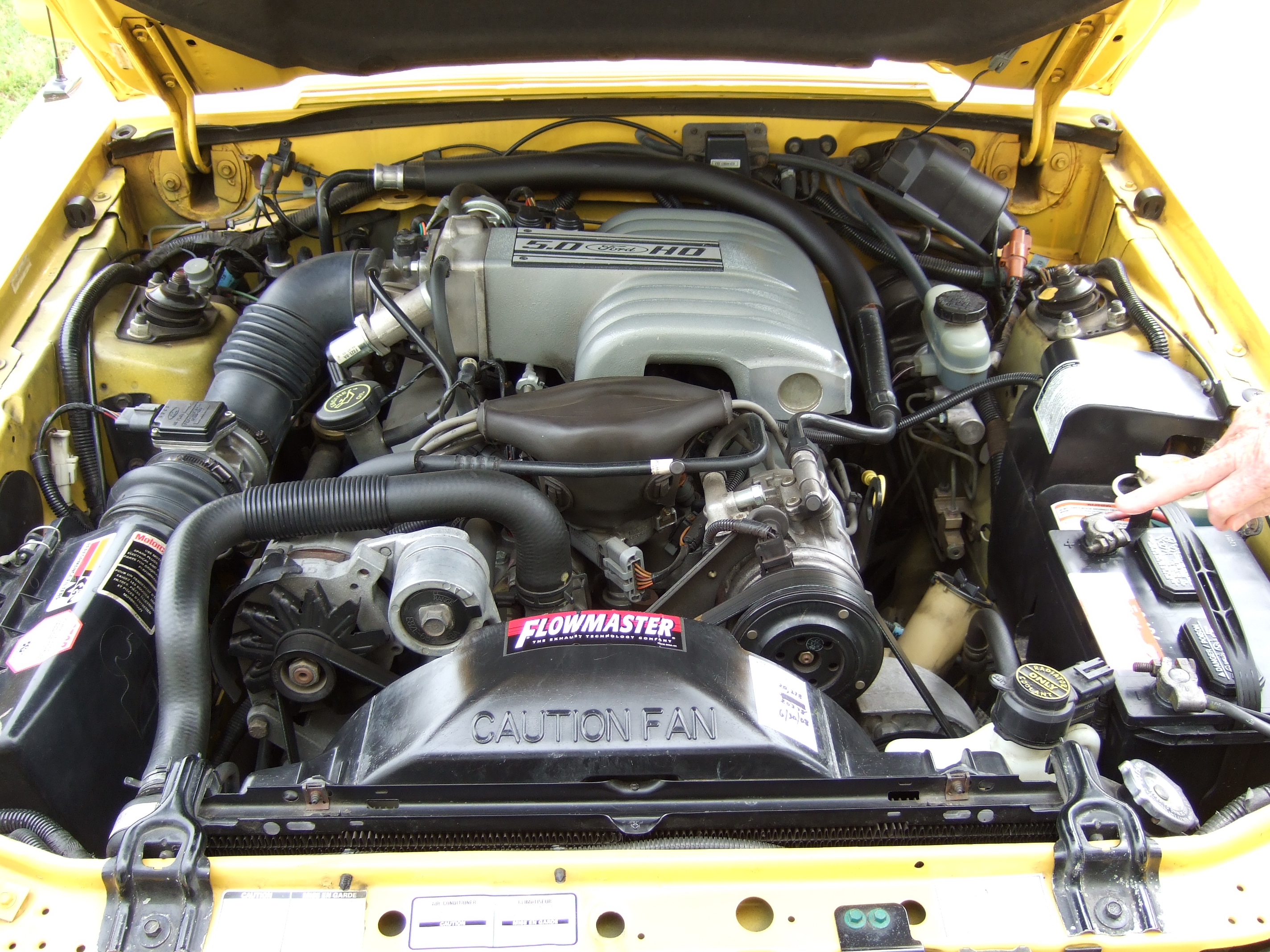 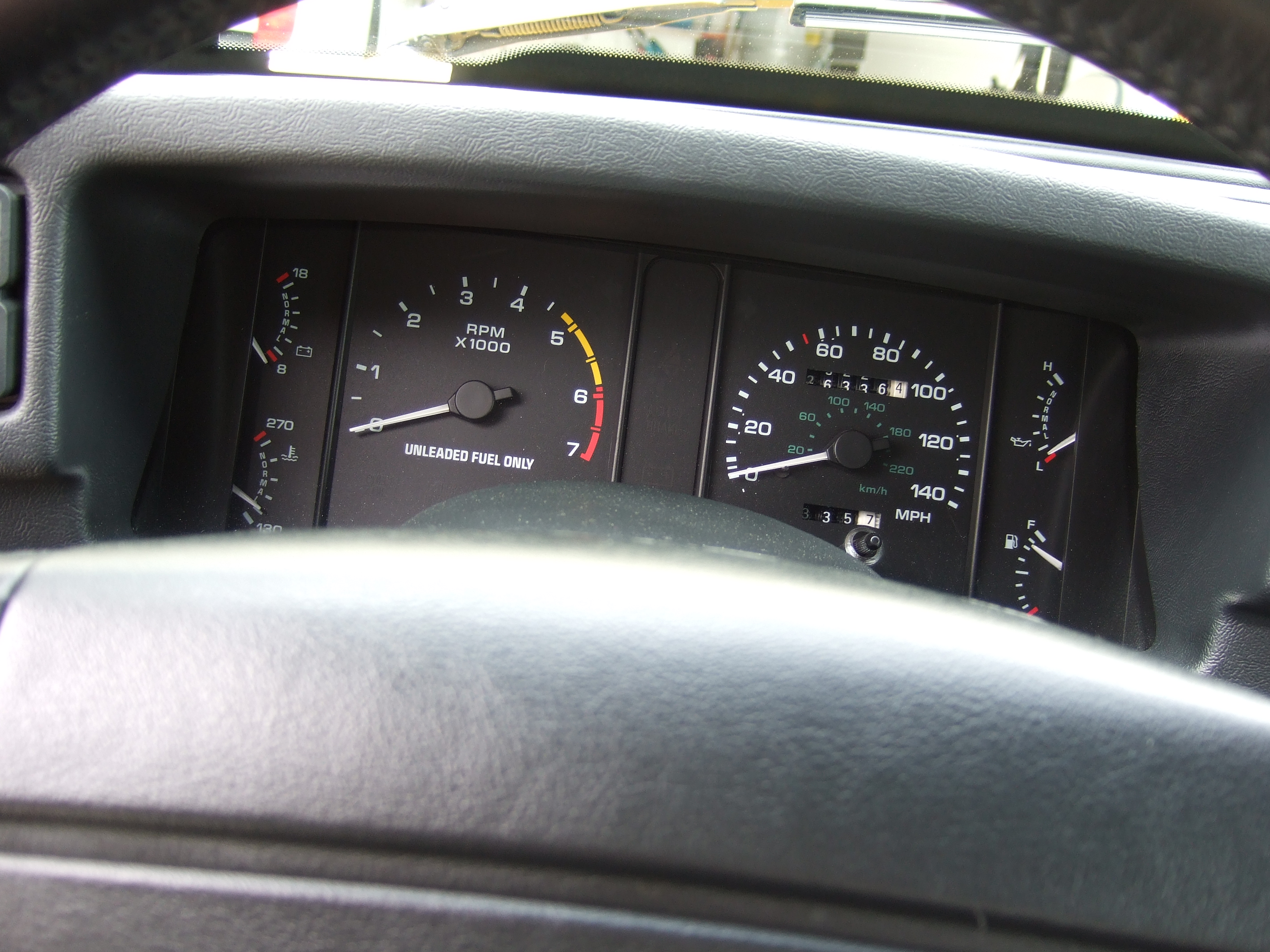 As you can see from the last picture, the car only had 26,336 original miles (confirmed on Autocheck) so I wasn’t really worried about any mechanical issues.  I left the owner with a good faith agreement and went back later to finish the deal and pick up the car.

I purchased this Mustang with 26,336 original miles from John Finch, original owner, on Saturday May 17, 2014 in Okatie, SC. John bought the Mustang from Brookdale Ford in Minneapolis, Minnesota on August 24, 1993 at age 55.  John sold the Mustang at age 76. The Mustang had only 18,525 miles by July 2006 (average 1,425 miles per year). John averaged approximately 997 miles per year from 2006 to 2014.  I think John really hated to see his car go.  He did not stay to see it loaded and he and his wife ran to do some errands.  John never intended the car to be a daily driver since purchase.  He had babied the car, only driving it in good weather and only putting between 1,000 and 1,500 miles each year on the car.  He had intended to keep it for his son but his son was in the military and had no interest in the car (only Harleys) and encouraged his dad to sell it.  Lucky me!

John and I shook hands before he left and then my brother Randy helped me load the car and took a picture of me with the car after it was loaded. 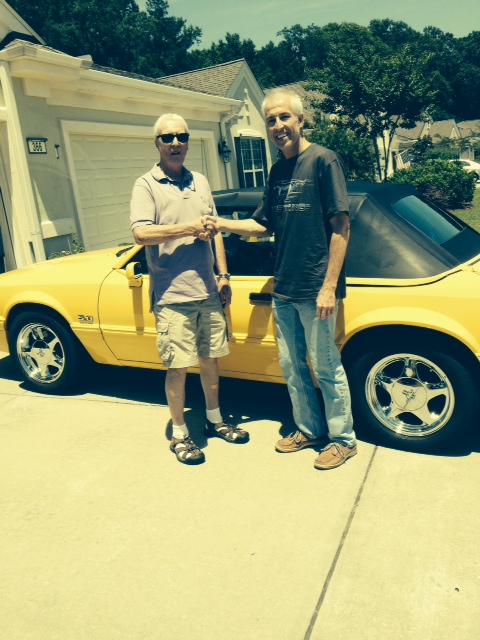 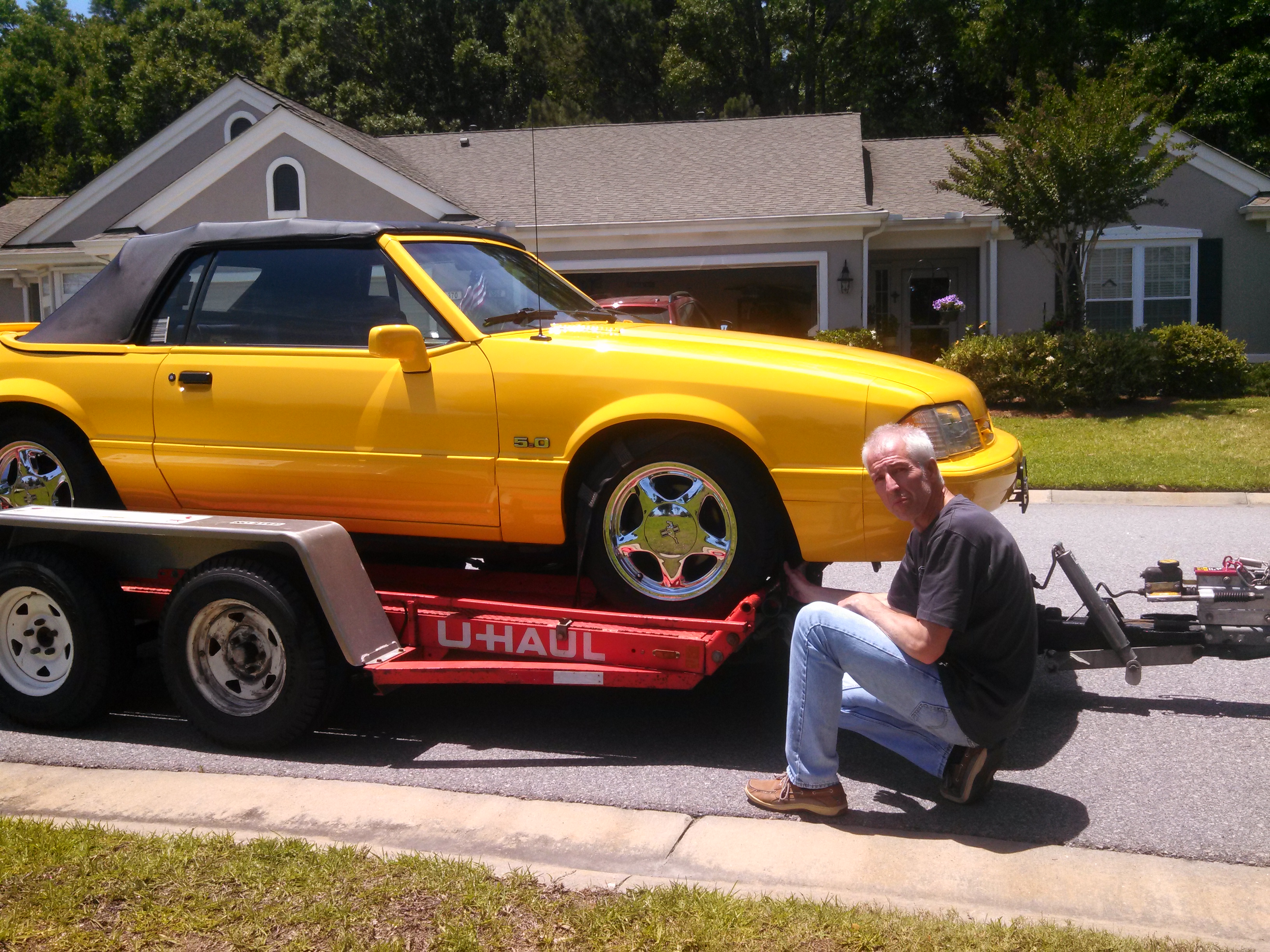